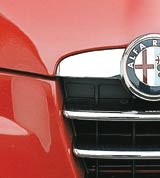 Alfa Romeo has appointed Roland Ellison as its chief marketer in the UK, replacing Jeff Culkin, who left last month after his marketing director’s role was scrapped (MW May 26).

Ellison, who was a product marketing manager at Alfa’s parent company Fiat Auto, will take the title of marketing manager, and will report to operations director José Garvia. Ellison has also worked for the Fiat Group in Italy.

Before joining Alfa, Culkin was marketing director for Fiat in Ireland. His departure was the latest in a series of changes at Alfa Romeo and Fiat.

Fiat UK appointed Giulio Salomone as managing director – the company’s third in as many months – in April (MW April 28). He replaced Garvia, who was put in charge of Alfa in the UK.

At the start of the year, former Rolls-Royce chief executive Karl-Heinz Kalbfell took over as chief of Alfa Romeo, replacing Daniel Bandiera.

Marketers draw inspiration from all areas of life but who, among their peers, do they most aspire to be like? Marketing Week, in partnership with TNS, asked marketers to name the industry player they most admired. Judging by the winners

The Gaming Board of Great Britain (GBGB) has warned advertisers and Web operators that many ads for online casinos could be illegal. Although a new gambling act was passed before the General Election, it is not expected to come into force until next year. This means online gaming operators are still governed by the 1968 […]