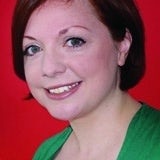 As Christmas campaigns gain momentum, the thoughts of families across the UK are no doubt turning to what their little darlings are going to be screaming for Santa to bring them come 25 December.

Research from YouGov this week revealed that 36% of UK consumers say they will be spending anything between £100 and £249 on gifts for friends and family, while 30% intend to spend between £250 and £499.

That sort of outlay points to the latest digital gizmos and gadgets being top of many a Christmas list.

The VAT increase in January may have a huge part to play in the decision to buy now or in the new year, but it certainly feels, despite the economic downturn, brands are not scrimping on their Christmas marketing campaigns and a doing all they can to grab our attention this year, more than any other.

Launched this week, Microsoft XBox360 Kinect platform allows gamers to use their voice and body to play games, using motion sensors rather than controllers. It is being talked about as the next big thing in gaming since the Nintendo Wii.

The product launch is being backed by a £300m marketing campaign, a reportedly much larger sum than was put aside to promote the XBox at launch in 2001. Microsoft is not taking any chances on their innovation being a huge success.

PlayStation’s Move controller (still a Wii-like controller but a lot more ’sensitive’) is also hoping to be a hit this Christmas, but in terms of marketing I think Kinect will win out.

Firstly, because Microsoft has set itself ambitious plans of selling 3 million units, and secondly, because it has signed up the likes of T-Mobile, US-mobile company Sprint and Chevrolet to advertise on and cross-promote the platform from launch.

I also hear that Sony are looking for a more long-term, slow burn, uptake of the Move controller, but with one platform having no controller and the other having never-seen-before controller-free play, it seems obvious to me which will succeed.

Other products likely to be filling up Santa’s sack this Christmas are smartphones and tablets.

Samsung’s GalaxyTab is everywhere in UK. The brand has really gone to town on its promotional partnerships with the likes of YouTube, Visit Britain and Tesco, and its sponsorship of pop band Take That’s 2011 tour. At 7-inches the Galaxy Tab is certainly more likely to fit into a Christmas stocking than Apple’s iPad.

However, there’s no doubt with iPad app content providers doing the promotional work for them, Apple will be a tablet winner this Christmas, despite a lack of significant advertising to push the product from the company itself.

And this year, the increase in demand for smartphones has fuelled a bigger push from all operators, most significantly Vodafone with its £10m Freebees campaign.

They say Christmas is all about giving rather than receiving, but in the case of mobile operators, they all seem to be taking a leaf out of SIM-only provider giffgaff’s book in giving better rewards to pay as you go customers this year.

From the handset makers, again Microsoft has spent a reported £62m promoting its new range of Windows 7 Phones this winter, and targeting Christmas shoppers with its ’take-over’ of Westfield Shopping Centre.

Christmas comes but once a year and when it does it bring a fantastic opportunity for brands to take advantage of the rise in consumer spending and the lure of consumer electronics as gifts.

James McCoy, YouGov’s SixthSense research director, commenting on its latest figures, says that he believes manufacturers feel that it is “now or never,” and ahead of the VAT increase it is obvious that “extra effort must be made to encourage customers to buy big before prices are affected.”

Therefore, it is clear what many brands will be hoping for this Christmas.

A very healthy return on their marketing investment ahead of January’s less festive and more frugal winter mood.

Will your digital brand or campaign win at the Marketing Week Engage Awards 2011? You’ve got to be in it to win it.