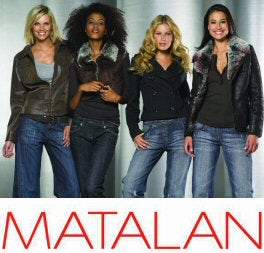 Matalan, the budget clothes chain that pioneered out-of-town retailing in the UK, looked like it was heading for the bargain rack a couple of years ago. But the stock-market listed retailer, which is about to be taken private by its founder John Hargreaves, has benefited from a fightback which has included hiring new buying teams, putting more fashionable stock in stores and changing its advertising strategy. These moves have helped to stem a steep decline in like-for-like sales and to boost profit margins.

In place of short-term, price-related tactical ads to drive growth of its membership club and get members to visit stores, the ad campaign focuses on brand values in a similar way to the award-winning Marks & Spencer campaign. It was so similar – showing models dressed in the chain’s clothes – that in April, M&S’s ad agency, Rainey Kelly Campbell Roalfe/Y&R reported Matalan and its agency, Beechwood, to the Advertising Standards Authority, though the watchdog declined to take any action.

The campaign seems to have worked and Matalan’s financial results for the first half of this year show an improving picture. Like-for-like sales fell by just 1%, compared with the steep 6.3% decline for the same period last year. That said, profits for the first half dropped to £28.7m before tax and exceptionals, down from £30.7m last year.

Meanwhile, in the nine weeks to October 28, like-for-like sales fell by 2%, roughly half the 3.9% fall of a year earlier, while gross margins have increased by 4.3% compared with a fall during the comparative period last year.

Some of that margin increase is due to Matalan renegotiating new terms with suppliers, but its improving health is partly down to its enhanced brand image, insiders claim.

Hargreaves, who launched Matalan in 1985, is chairman and his family hold 53% of the shares. He has launched a £2-a-share bid for the 46.5% of the business he and his family do not already own, which has been recommended by the board after an independent review.

Hargreaves says Matalan’s dividends have been too high and that he would cut them, effectively giving shareholders a choice between holding on to their shares and getting no dividends, or selling them to him.

Matalan floated at 59p a share in 1998. If Hargreaves’ strategy goes to plan, he intends to delist the company by the end of the year and take it private again. Analysts believe that he will spend a couple of years trying to get it back into profit. But then, whether he has managed to improve its performance or not, he is likely to sell the chain.

Richard Ratner, senior retail analyst at Seymour Pierce, says: “He has to get 100% of the company if he is to sell it on. We think he is looking for an exit some years down the line.” Ratner does not believe that the company will ever return to its glory days of the 1980s and 1990s but Hargreaves should certainly be able to improve the figures by focusing on Matalan’s key markets. The big problem, Ratner adds, is that “everyone’s a value player on the high street now”.

Whether Hargreaves succeeds in his takeover or not, he has already announced plans to install former Littlewoods chief executive Alistair McGeorge as Matalan’s new chief executive, replacing the current chief, John King, at the end of this year. Hargreaves has apparently said he wants to retain senior management as well, but at least one insider suggests that current marketing director Claire Bayliss may not want to stay on.

Apart from the appointment of new buying teams, some poorly performing lines have been radically shaken up. Analysts add that some stores have been spruced up with the addition of new mezzanine floors allowing more retail space, although local councils have indicated they will start to curb the spread of mezzanines to out-of-town sites.

But, Verdict Research senior retail analyst Maureen Hinton says the big problem that still faces the company is how to capitalise on its core loyal customer base while bringing in new shoppers, given that its stores tend not to be clustered with other out-of-town retailers. She says Matalan stores are often not on retail parks because the company was such an early mover into out-of-town.

Its business model has been extensively copied and at times improved on by newer entrants to the out-of-town sector and also by the big high street names. Matalan will continue to face a tough time, although Hargreaves as 100% shareholder will be well placed to push through some more radical surgery.

Timeline
• 1985 John Hargreaves launches Matalan, selling clothing and housewares from out-of-town sites to shoppers who sign up for the free Matalan card
• 1998 It floats at 59p a share
• 2002 M&C Saatchi and sister agency Lida are appointed to handle its advertising
• 2004 Gerry Murphy, marketing director, appoints Euro RSCG
• 2005 Matalan sells its Lee Cooper jeans brand. Alliance & Leicester head of marketing Claire Bayliss is named marketing director. In November, Matalan appoints Beechwood to replace Euro RSCG as its creative agency and TDA to handle below-the-line
• 2006 Melanie Sykes signs up to be the face of Matalan fashion in its advertising. Hargreaves looks to sell his family’s 53% stake but fails to make a deal at a price he will accept. Instead he offers £2 a share for the 47% of shares his family do not own.