I was at the Royal Institution’s club in London last Tuesday for a fascinating speech from Robert Polet, the former head of Gucci Group. You may recall that Polet was the Dutch executive headhunted from Unilever in 2004 amid much ballyhoo about consumer goods executives being unsuitable for senior roles in luxury. The fashion bible Women’s Wear Daily christened Polet the “ice-cream man” and queried whether selling frozen foods was any kind of background to manage a mighty brand like Gucci.

Well it turned out that Polet was exactly what Gucci Group needed. He quickly set about introducing structure, profit-and-loss responsibility and long-term objectives into the Italian luxury goods company. Seven years later the Gucci Group is more than £1bn a year better off thanks to the ice-cream man, and well placed for the boom decade for luxury that now beckons. Not only has the Gucci brand grown its sales significantly since Polet took over, the seven smaller sister companies in the group such as YSL, Bottega Veneta and Alexander McQueen have been transformed from inefficient loss making vanity projects into profitable luxury brands.

In March, Gucci announced Polet was standing down and on Tuesday night he spoke to Harvard Business School alumni (and a few interlopers like me) about his experiences at Gucci. It was a fascinating 60 minutes. He described the structure he put in place and the way in which he learned to work with the various creatives within Gucci. He also spoke with genuine sadness about the discovery that Alexander McQueen had taken his own life and about the sensitive way the group selected Sarah Burton later to become famous for designing that wedding dress to replace him.

But the biggest takeaway was perhaps Polet’s simplest point of the evening. Time and again he spoke about the importance of clearly defining the “DNA” of each of Gucci’s eight brands, adding each time, with great emphasis, “in one sentence, never more!”. 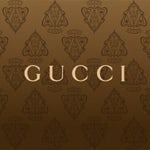 It might seem like a minor detail, but what sets Polet apart from bog standard marketers is his appreciation for brevity. Most marketers are still using bifurcated pyramids or concentric circles with level upon level of pointless and self-defeating complexity to define their brands. Every month I sit through a presentation from a marketing team who need 10 minutes and their overhead slides to explain their brand essence. Switch off the projector and ask them to continue unaided and your actions are met with blind panic. The depressing reality of most brand positioning is that it fails before it even leaves the gate because it is just too damned complex.

When Polet arrived at Gucci he recognised immediately that each of the brands was unsure of its own identity. So he set about working with each team to capture the essence of each brand with one clear proviso: no more than three words. Gucci defined itself as “Seduction, Powerful, Accomplished”. Boucheron opted for “Precious and Mysterious”. Sergio Rossi memorably defined itself as “Sexy and Comfortable”.

Brand consultants will sneer at this tight simplicity. They prefer to add layers of complexity to any definition. Like most consultants who focus on strategy development rather than the execution part, they miss the big picture. When you are word-smithing the brand positioning on the 20th floor it’s all too easy to fall into the trap of believing more words equals more brand impact. Of course, the opposite is true. Every word you add to the brand positioning makes it less likely to stay in the brain cells of your staff and then your consumers and influence their behaviour.

Of course you feel better with 35 words and a parallelogram because you want to justify six months and 50 grand’s worth of activity. And your brand consultant is only too delighted to help add more words to your definition because she is being paid by the yard rather than on your ultimate success.

Trust me, Polet is right. If you can’t define your brand in three words, give up the day job and try writing that novel instead. And if you still don’t believe me take your current brand positioning (yes, every word of it) and go ask five of your team to tell you what it is. None of them will be able to recite even half of it back to you. Only then will you begin to grasp that before it even got out of HQ, your brand was already a lost cause.

Any moron can come up with 20 words to capture the essence of their brand. Only the good ones like Polet are smart enough to whittle it down to three.

Tight is right. Long is wrong. And Robert Polet is about the best brand building CEO in the business.