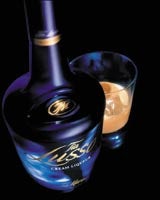 The drinks company is now considering a shift in its marketing strategy to exploit Tia Lusso’s lighter proposition in its advertising campaigns.

The brand, an extension of Tia Maria, was launched two years ago to challenge market leader Baileys. Diageo-owned Baileys has a market share of 62.2 per cent, compared with Tia Lusso’s 4.4 per cent (AC Nielsen figures for 12 months to February 2004).

Insiders suggest that Allied has been considering “talking up” the low-fat content of Tia Lusso in all its brand communications, including above-the-line advertising. Last year the drinks giant fired the now-defunct Cordiant Communications from its global roster and moved its £18m advertising business to Publicis (MW May 1, 2003).

Marketing director Cathryn Sleight says: “We remain focused on driving high levels of consumer awareness and trial behind Tia Lusso. The half-fat message remains an important part of our consumer communication and we will continue to exploit this, as and when appropriate. We have used the lower fat content through consumer PR and only when relevant, and not in an overt fashion.”

Duo, the budget airline that collapsed last week after running out of cash, has axed its five-person marketing team headed by interim sales and marketing director Rob Rees and head of marketing Duncan Osborne. Duo launched in November offering business-class services at economy prices, but the airline went into administration on Saturday leaving hundreds of […]

Not content with selling us everything from food to financial services, Tesco is now hell-bent on saving us from the obesity time-bomb. Iain Murray is unnerved

BBC Worldwide and Penguin Books have joined up to form a company to publish BBC children’s books. It will sit alongside Penguin’s existing children’s portfolio, which includes Peter Rabbit, Ladybird books and Puffin. Penguin will own 75 per cent of the new company and BBC Worldwide the remaining 25 per cent.