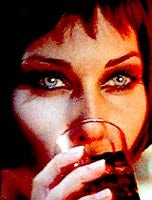 Allied Domecq is launching a range of ready-to-drink (RTD) cocktails based on its Kahlua liqueur and is also considering a similar extension of the Tia Maria brand.

The Kahlua range, which includes 200ml bottles of White Russian, B52, and Mudslide, will be rolled out in the off-trade sector this month following a test launch earlier this year.

A spokesman for Allied Domecq says the Kahlua cocktails, which were originally launched in the US, will be available in UK bars by the end of this year.

There is no advertising planned for the range at the moment.

Allied Domecq would not confirm any plans to a launch an RTD version of its coffee liqueur Tia Maria, but the spokesman adds: “Like most other companies Allied Domecq is always looking at ways in which it can build and strengthen its brand position and RTD formulas are included in that mix.”

He says that, unlike the Kahlua range, a Tia Maria RTD could be launched in the UK first as it is the brand’s “focus market”.

The drinks group yesterday (Tuesday) reported a 16 per cent rise in half-year profits. However, Allied Domecq’s share price fell after investors heard that, for the same period, it raised its wine and spirit advertising and promotional spend by less than one per cent – from &£160m to &£161m – which could be offset against the higher profits.

The customer may always be right, but we’ve lived in a seller’s market for too long. It’s time for consumers to beat business at its own game, says Alan Mitchell

It was nice to see, following the letter from Mr Finnian Fitzpatrick, the beleaguered teacher, that there are others out there who, like myself, have secretly taken on Keith Waterhouse’s former role as monitor and publicist of English use and abuse. In this case, however, while Mr Fitzpatrick feels that it should have been Saint […]

Perrier water will be rolled out in plastic bottles this summer, in an effort to make the brand more appealing to a wider market, especially the rapidly growing impulse-buy sector. The 50cl plastic bottle – which took 11 years to develop – will be launched across Europe and will be available in the UK from […]