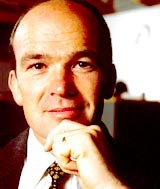 Doorbar joined Allied three years ago as vice-president of global new product development from Bulmer, where he was consumer marketing director. It is not known whether he has a job to go to.

Manley says: “He wanted to move to a more commercial role. There were a number of positions offered to him around the world but he did not want to move to those places. It was a mutual decision.”