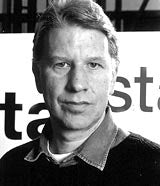 AltaVista, the Internet search engine and service provider, has been hit by the departure of two more of its senior European managers.

International general manager Vesey Crichton is leaving to take up a position with another company, while president of international operations Pierre Paperon is understood to have walked out of the company following a dispute.

Crichton joined AltaVista in July 1999 as the director of market development and marketing for Europe, the Middle East and Africa. He joined from Compaq UK &amp; Ireland where he was marketing director. He had been with Compaq for more than 12 years.

AltaVista says Paperon departed the company for “personal reasons” and has not indicated any future plans. Paperon has held the president’s position since May and was previously managing director for France.

AltaVista made headlines last year when it announced it was to cut 25 per cent of staff (MW September 21) after deciding to leave the ISP business and focus on its search engine operation.

Former UK managing director Andy Mitchell then resigned after the company become embroiled in controversy when it failed to deliver its promise of unmetered Internet access, forcing it to admit that the service never got off the ground.