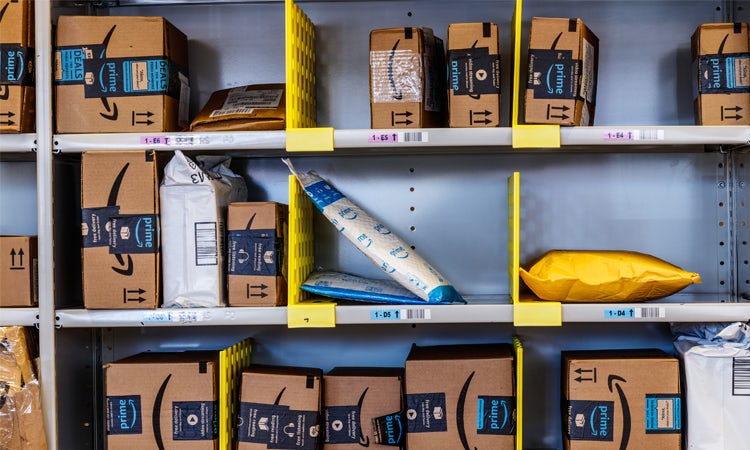 Amazon has broken the longstanding reign of Apple and Google to become the world’s most valuable brand worth $315.5bn – the first new brand to claim the number one spot in 12 years. 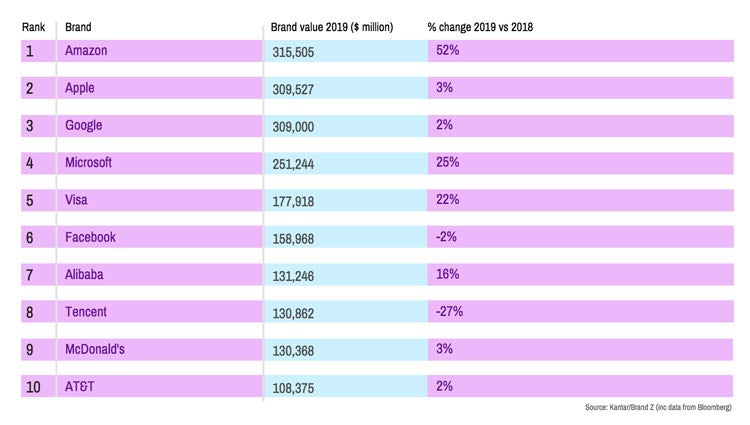 Amazon’s global value this year is 409% higher than Microsoft’s was in 2006, which was the first brand to hold the top spot when the ranking launched.

“Amazon’s rise in brand value has been steady over the past few years as it has evolved from an online, price-led retailer to an ‘ecosystem brand’,” says Graham Staplehurst, BrandZ’s global strategy director. “It has successfully connected the values and positive brand associations from one business – ease of use, speed, reliability – to other areas.

“Enabled by developing technologies, and not being afraid to try and fail at times, Amazon has diversified into a range of offers from cloud computing to smart devices, from payment systems to the best in entertainment. As the boundaries between traditional businesses blur, Amazon has been ideally positioned to seize emerging opportunities.”

READ MORE: How brands can grow in a volatile marketing world

The only brands in the top 10 to decrease their value are Facebook (sixth) down 2% and Tencent (eighth) down 27% – although Tencent’s blow can largely be explained by a new constraint on gaming revenues in China.

Overall, the top 100 has gained almost a third of a trillion dollars ($328bn) in value over the past year to reach $4.7tn – roughly the combined GDP of Spain, Korea and Russia.

Total value grew by 7%, almost twice the growth rate of the global economy, despite the US and China trade war impacting consumer confidence. Much of this growth has come from consumer technology brands, which are now worth more than $1tn collectively.

While, the top 10 has remained largely unchanged in terms of the brands within it, a couple of contenders are poised to disrupt the status quo.

Mastercard (12th) is one of the strongest challengers, with a 30% year-on-year increase in value – 1,138% times higher than 10 years ago – meaning it is far outpacing the aggregated growth rate of the top 10 (9.7%) and highly likely it will break through into the top 10 next year.

“Mastercard is a particularly interesting one because it shows the value of brand and some changes in the world around us as well,” Staplehurst says.

“Brands that are able to have a clear identity, have some meaning for consumers, but also operate across more sectors [have the best potential for future growth]. This is what Mastercard is doing, it’s inserting itself into these ecosystems that are developing in a very useful for itself way.”

As Mastercard’s marketing boss Raja Rajamannar told Marketing Week earlier this year: “We are innovating non-stop in how we work. We try to bring those innovations to the table and see how we can partner with other companies to bring these to life. So the innovation could come from within Mastercard or from outside of the company.”

There are nine newcomers this year – the majority of which are Chinese and US technology brands. These are Didi Chuxing (71st), Xiaomi (74th), Meituan (78th), Dell Technologies (81st) – which re-enters the ranking now it is no longer a private company and its financials can be valued – Xbox (87th) and Tata Consultancy Services (97th).

Other newcomers include Chanel (31st) – another re-entry for the same reason as Dell, Indian insurance brand LIC (68th) and Haier (89th).

This means nine brands have fallen out of the ranking this year: China Life, Bank of China, eBay, SF Express, ANZ, BT, Ford, Honda and Pepsi.

It is worth noting the brands that have dropped out the top 100 have almost equal salience with their global competitors, but they lack ‘meaning’ and ‘difference’, which shows salience is no longer a guarantee of growth but merely a maintenance factor. 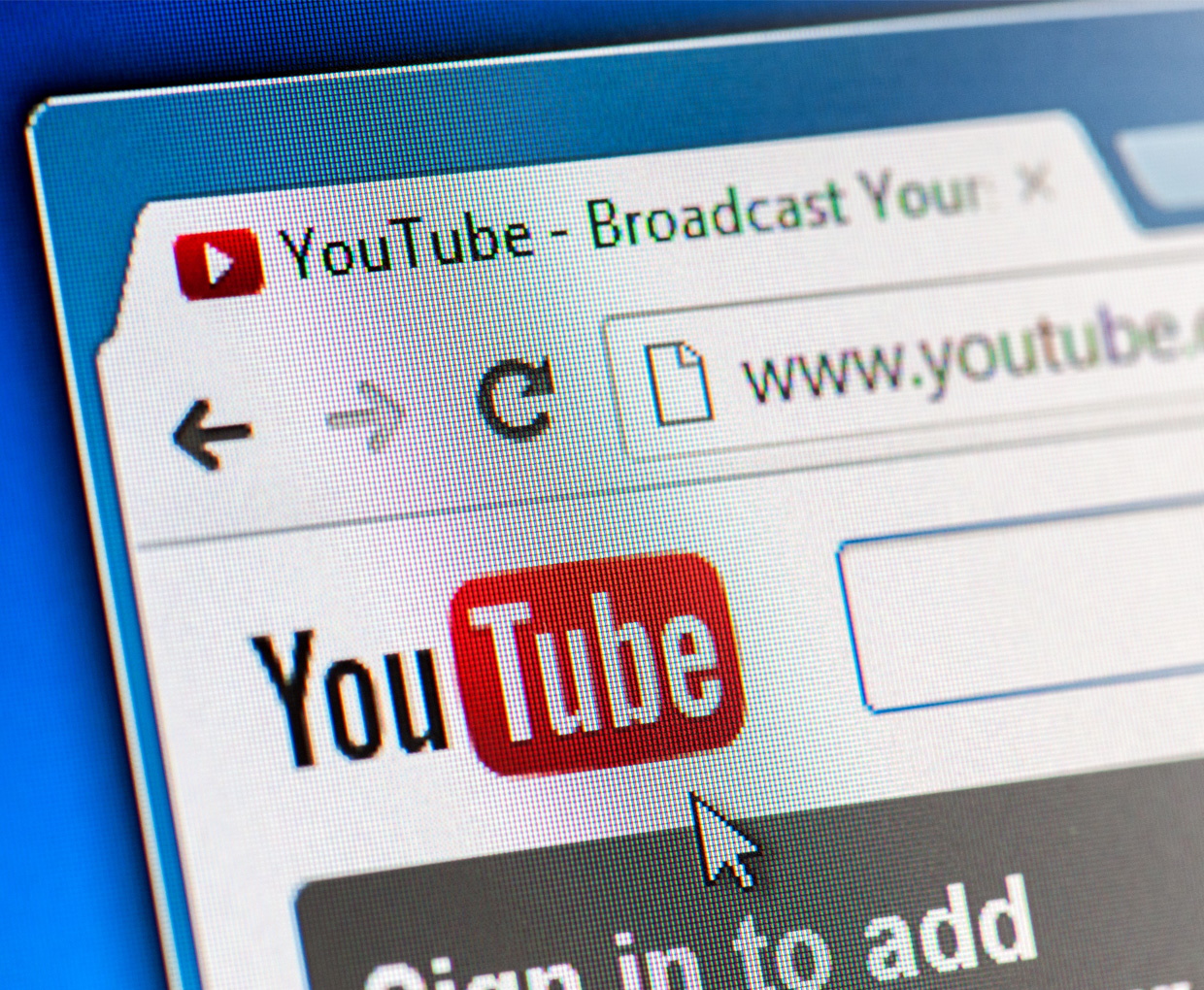 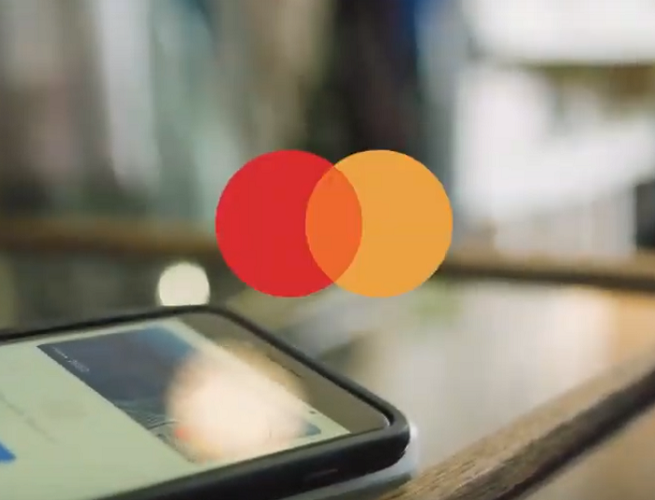