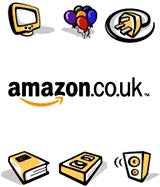 Wheeler will be responsible for CRM across France, Germany and the UK as part of the business’s plans to increase its standing in Europe.

In June this year the company shifted its &£35m global advertising account from HHCL &amp; Partners to Wieden &amp; Kennedy, because HHCL lacked a global network.

Wheeler was customer marketing director at NTL until July this year, when he left as part of restructuring at the company.

He was only promoted to the role, from acquisitions director, two months earlier.

According to Jupiter MMXI, Amazon.co.uk is the most visited UK retail website with 1.7 million users per month. Its nearest rival in the UK is Amazon.com, its US parent, with 1.1 million users.

Amazon.co.uk introduced electrical goods to its site in May alongside its traditional CD, book and video lines. It was set up in 1998.

Amazon expects to break even operationally early next year but will have to pay off &£1.4m of debt over the next seven years.

It is good news to see that the 1998 Data Protection Act is now fully in effect (MW November 1), but I am interested to find out the effect it may have on the data held by local councils through the electoral register. On a form recently sent to me by Camden Council, a printed […]

Following Phillip Morris’s decision to change its name to Altria to distance itself from its tobacco heritage, British American Tobacco announced yesterday that it is to be renamed British American Definitely Not Just Tobacco (BADJNT) – not. “We don’t want to be pigeon-holed as a tobacco company, even though we are,” says a spokesman for […]