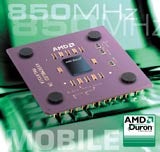 Time Computers will remain Blackburn’s main sponsor for the coming season, its third with the team, but it will only leverage the sponsorship for stadium branding and corporate hospitality. AMD chips power 90 per cent of Time computers.

The Computer World, which has 150 retail outlets in the UK, is aiming to rival PC World and incorporates its recent acquisition of Tiny Computers. The new name was deemed too “unwieldy” to fit onto Blackburn Rovers’ shirts.

Time adds that it does not have a presence in Europe and since Blackburn has qualified for the UEFA Cup, the team is now more suited to an international sponsor.

AMD is already a secondary sponsor of Leeds United FC, a shirt sponsor of Sale Rugby Club, and a personal sponsor of the Formula One Ferrari driver Reubens Barrichello. The terms of AMD’s deal with Blackburn are being kept secret.

Time Computers, which is in the process of rebranding both its Time and Tiny Computers stores as The Computer World, is locked in a legal dispute with Dixons, which claims the name is confusingly similar to its own PC World. Time Group says it is “vigorously defending” the legal action.

For some time it’s been getting increasingly difficult to find a real pub in Brighton. For the past six years or so, themed bars have steadily eaten into our supply of pool-tabled, dart-boarded, quirky, unique and independent boozers. The demise of carpet means that talking has been rendered nearly impossible, because of the music echoing […]