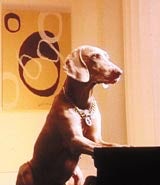 There is no doubt that 2001 was a tough year for advertising sales in North America. While forecasters predicted a decline of four to six per cent in the industry, the actual figure was considerably worse – just under ten per cent, according to Taylor Nelson Sofres CMR. Total measured media spending was down from $109bn (£76bn) in 2000 to $98bn (£69bn) in 2001. Hard times called for hard liquor at America’s National Broadcasting Company (NBC) and in December it announced that it would become the first national network in North America to lift the 50-year moratorium on advertising distilled spirits on national television.

A reported $2m (£1.4m) deal was done with Guinness UDV North America to advertise Smirnoff Vodka and NBC remained defiant in the face of criticism. Last week, however, in a dramatic reversal of fortune for the spirits industry and a complete volte face for NBC, the party ended when it was announced that the ads would not be continuing.

With a legal drinking age of 21 and a Surgeon General’s warning about the adverse affects of drinking on every alcohol container, America has always taken a harder line than most Western countries on the consumption of alcohol. There has been an ongoing debate about the advertising of alcohol on TV. The practice is not illegal – and many local cable networks have been accepting ads for quite some time – but the bigger national networks had always stuck to their self-imposed ban.

Not everyone was overjoyed at NBC’s initial decision to accept spirits ads – particularly sellers of other media. With the network ban on hard liquor in place, billboards and magazines had become the alcohol marketer’s best friend. In the first ten months of 2001, spirits companies spent $225m (£158m) on magazine advertising, representing 73 per cent of the industry’s total ad spend. Yet even this was a decline from the previous year’s level of 82 per cent.

Spirits advertising was already migrating slowly to television through the back door to those local cable networks that did not feel the need to follow the ban. In fact, Diageo claims that, over the past five years, more than 400 broadcast stations and cable systems – reaching 67 per cent of households – have aired distilled spirits advertising.

The lifting of the ban by NBC certainly did not mean the spirits industry could portray its brands exactly how it wished – quite the opposite, in fact. Nineteen rules were put in place to govern the commercials and advertisers had to commit to public service advertising advocating responsible drinking. Diageo ran a campaign promoting the use of a designated driver, which was labelled “From your friends at Smirnoff”.

Other rules stated that anyone appearing in the commercials must be aged over 30 and may not be seen actually consuming alcohol. No professional athletes may appear, and no ads for hangover remedies would be accepted. The ads were to air after 9pm, to an audience of whom 85 per cent would have to be over 21 years old. Getting drunk could not be promoted as a “mark of adulthood” or a “rite of passage”.

The rules made it clear that ads could not imply that “sexual prowess, attractiveness, or interpersonal relationships are achieved or enhanced by consuming the advertised product”. The UK alcohol industry has been operating under similar guidelines, as set down by the Independent Television Commission, for over a decade. Many brands have managed to create memorable campaigns that abide by the rules.

Eventually, however, the situation turned sour for NBC. Congressmen sent the network a stern letter warning of possible repercussions if it continued with its plan to air the ads. At the time, the network said the letter would not change its decision and reiterated its view that sufficient safeguards were in place.

NBC was dealt a further blow when the American Medical Association took out a newspaper ad calling the move “irresponsible” and “greedy”. Dr Edward Hill of the AMA said that the rules governing the ads were “nothing more than window-dressing, designed to fool the public and distract critics of this preposterous plan.”

The Distilled Spirits Council of the US, meanwhile, which had hailed the initial decision as “a positive day for the spirits industry and for our adult consumers”, called NBC’s backing down “unfortunate” and a “disservice to the American public”, but implied that the move was only a temporary setback.

Council president Peter Cressy says: “NBC and Diageo are to be commended for responsible alcohol advertising. There would have been more social responsibility messages about drinking on television than ever before. Sadly, a few misguided critics, through their attacks on NBC, have undercut this effort.”

NBC’s reversal of its decision last week came on the eve of a Mothers Against Drunk Driving (MADD) press conference. Despite the good news, MADD still claimed that NBC had missed the point and emphasised the need for stricter standards for all alcohol advertising.

NBC may have cracked under the pressure, but the issue has not gone away and many questions have been raised by this debate. To what extent can and should the government play nanny to the American public? When TV ads can be carefully regulated and shown to people who are legally allowed to drink, why shouldn’t they go ahead? There is no control over how many impressionable youngsters see ads on billboards or in magazines. How big a role do ads actually play in convincing people to drink, when price, promotion and availability are all key factors? For its part, the spirits industry tends to see itself as campaigning for equal access to the airwaves and a way to get on a level playing field with its competitors in the wine and beer industries. Whatever the outcome, one thing is certain – US advertisers are not known for their subtlety, so ads featuring unattractive, older people not having a good time would make for some very unusual viewing.