The watchdog banned the ad, which featured a half-naked young-looking girl in a number of poses, because it could be seen to “sexualise a model who appeared to be a child under the age of 16”.

As a result, the ASA concluded that the advertisement “could cause serious offence to some readers”.

“While the ad depicted only partial nudity, we considered that the images were provocative with the model exposing progressively more skin in each photo in the series,” the watchdog says.

American Apparel says the model was 23 and disagreed that she looked under 16. The retailer argued that the ads did not portray the model as a “sex object” and were not “negative or exploitative”.

The ASA did not uphold a separate complaint that the ad should not have appeared on the back of a free magazine, Vice, that could be seen by children.

The watchdog concluded that Vice’s distribution meant it was unlikely to be seen by children.

The recent HSBC fine shows the potential cost of data loss. But it is just the latest in a long line of high profile names to get caught failing to protect their sensitive customer data. History shows us that penalties do not result in wholesale improvements in security practices across the industry. The reality is […] 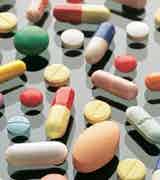 Over-the-counter painkillers will carry prominent health warnings about the dangers of addiction from next year.