The young looking model, who was featured on an online product page for the ‘Lips Print Cotton Spandex Sleeveless Thong Bodysuit’, was shown in images with her buttocks exposed. The ad listing (pictured) received one complaint.

American Apparel (UK) countered the claim by insisting the model was 20 years old and that the images were consistent with standards contained in similar ads.

However, the ASA upheld the complaint and has banned the ad, insisting: “We considered the model to have a youthful appearance and that consumers would likely regard her as being younger than 16 years.

In conjunction with the youthful appearance of the model, we considered the ad could be seen to sexualise a child and was irresponsible, and likely to cause offence to readers.”

This isn’t the first time American Apparel has found itself in hot water with the advertising watchdog.

Last September, adverts for its ‘back to school’ clothing range were banned for “inappropriately sexualising girls and potentially normalising predatory sexual behaviour” towards teenagers.

The questionable social media campaign featured a school skirt-wearing model photographed from behind from a low angle and imitated voyeuristic “up-skirt” shots taken without the subject’s consent or knowledge, according to the ASA.

During his tenure, Charney, the Canadian founder of the clothing brand, had been the orchestrator of several controversial ads featuring models in sexually provocative poses.

An ad for e-cigarette brand VIP that proudly claimed when launched that it was the first TV spot in almost 50 years to show someone smoking has been banned for glamorising tobacco.

Toyota has had an ad banned for promoting dangerous driving after the ad watchdog deemed the spot ‘irresponsible’. 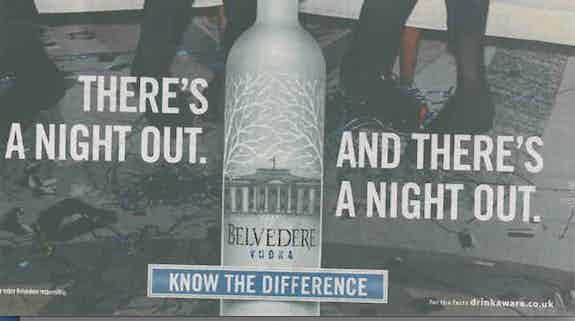 A Belvedere Vodka advertisement has been banned after a complaint that it implied drinking alcohol is a key component of a night out.