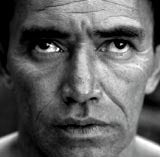 These agencies had been invited to take part in a winner-takes-all pitch for the global business last month after Guinness revealed that it intended to consolidate its advertising, currently handled by a roster of six agencies, into a single agency (MW November 30).

AMV.BBDO, incumbent on the &£20m UK Guinness account, appears to have won the lion’s share of the global business. The agency has been appointed to handle advertising for all Guinness Draught markets, including Europe, Ireland, the US and Canada, which account for 60 per cent of Guinness volume worldwide.

Saatchi, which handles the brand across Africa and the Caribbean, has been appointed as the agency for all Guinness’s foreign Extra Stout markets. These include Singapore, Malaysia, Hong Kong and Greater China, and accounts for 36 per cent of the total volume.

Jon Potter, global brand director for Guinness, says: “The decision was based on our sole motivation and focus, which is to seek brilliant advertising and outstanding creativity that will drive competitor advantage, rather than global uniformity or neatness.”

A spokeswoman for Guinness says there will be overlap between AMV.BBDO and Saatchi in certain markets, such as the US and Africa. In these cases the agency which handles the dominant brand will oversee advertising.

The same will apply to smaller brands, such as Guinness Bitter and bottled Guinness, which have not been backed by advertising.

To coincide with the new strategy, Guinness UDV has appointed Gary Haigh, former marketing director of Guinness DB, to the new position of global director for ready to drink products. Haigh will head a team of six and report to Rob Malcolm, head of global marketing sales and innovation.