Amway, the direct selling company, is looking to grow its operations in markets including the UK and is expected to launch its first consumer facing marketing campaign early next year.

As the main rival to Avon, Amway has opened its first retail store, situated in London. It is planning to make the UK a main focus for growth. The expansion plans for the US-based Alticor-owned company comes as it celebrates its 50th anniversary.

The store is also being used as a best in practice training base for its distributors and to support new business owners in building and managing their own businesses.

In the US and around the world, Avon is the market leader in the direct selling industry with annual sales of $10.9bn. It markets to more than 100 countries through 5.5 million independent sales representatives.

US actress Reese Witherspoon was named as its first brand ambassador in August 2007.

Its chairman Steve Van Andel recently said that this year it intends to increase its advertising and sponsorship activity.

I was interested in your cover story on luxury brands (MW 23 July) and the adoption of the 18 laws of anti-marketing in the car market. Lexus is legendary in its ability to respond to customer feedback – at the microlevel in the excellence of its customer service, and at the macrolevel with its product […]

Npower has consolidated all its creative business into VCCP. 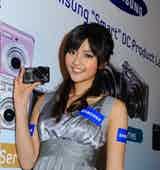 Samsung is launching a digital campaign in preparation for the launch of its latest range of Smart Cameras.