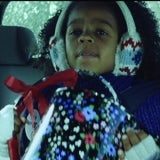 This year, Christmas advertising campaigns are about more than just big impact television ads, they are about brands enabling conversations with customers beyond the festive season.

High street retailers traditionally invest in a big marketing push in the run up to Christmas, however, this year three major retailers have made significant increases in the social media aspects of their festive push.

A big splash TV campaign is still the focal point, but it’s not the be all and end all that it has been in recent years. It’s not just impact and reach that retailers are looking for, but engagement and brands have realised that it can only come from a two way relationship.

John Lewis’ campaign, which features a version of Elton John’s “Your Song” sung by Ellie Goulding, ramps up its use of social media in the run up to Christmas to engage consumers in a conversation.

“Social media channels offer an opportunity to engage in a two way dialogue which we haven’t had before. It creates a halo effect and talkability online around the brand,” he adds.

Inglis points out that when John Lewis launched its Never Knowingly Undersold campaign in May with a cover of Billy Joel’s “She’s Always a Woman”, sung by the Guillemots, online conversations sprung up organically.

Because consumers are online and talking to each other about brands, brands no longer have total control over the conversations occurring around them.

Both Boots and M&S have chosen to air behind the scenes clips of the making of their Christmas ad campaigns, something that demonstrates that they want to facilitate the relationship with consumers by inviting them into the brand.

In previous years it might have been deemed risky for a brand to show this much of itself, but in the transparent multi-platform world we live in now, it shows a brand’s confidence.

Boots has also stretched its TV ad concept into stores, online, direct marketing and PR as well as a number of different television executions.

The retailer is taking its campaign to the digital places its shoppers inhabit so the TV spots will also be seeded on video on demand services, Boots.com and through the Boots branded YouTube channel and Facebook group. Customers can also watch a behind the scenes film of the making of the TV ads.

M&S marketing director Steve Sharpe describes its 2010 Christmas campaign as both its “best ever” and its “most integrated”.

The M&S campaign includes a high profile star-studded TV ad but also interactive tools on its website and branded online video content on its M&S TV channel, all designed to help consumers organise their festive feats and gift buying.

What John Lewis, Boots and M&S have realised is that these conversations are happening online anyway, and they need to be a part of it to drive engagement with their brands.