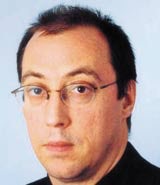 In the 16 years since former BBC director-general Greg Dyke last held the stage at Marketing Week‘s Television Conference, a lot has changed in the world of TV.

ITV has lost its monopoly on selling air time and BSkyB (followed by others) has brought multi-channel TV to the UK.

Speaking at the 2005 TV Conference in Paris last week, Dyke said it was hard to predict how the medium would change over the next ten years, as any plan was “almost certain to be wrong”. However, he said, “it is much too early to write off” commercial terrestrial broadcasters such as ITV and Channel 4, given the success of Freeview in diluting BSkyB’s dominance of multi-channel TV. He thinks those channels will end up with 40 to 50 per cent of commercial viewing if analogue switch-off goes ahead in 2012, and that they stand to benefit from cross-promotional support between their growing arrays of channels.

On a more pessimistic note, representatives from three of the UK’s biggest advertisers – Procter &amp; Gamble, BT and Unilever – revealed strong doubts about the role of TV in their future marketing plans, during the conference’s opening panel discussion.

The most startling position was that of BT. Five years ago, the telecoms company spent &£70m on TV advertising. It will spend less than 40 per cent of that this year, according to head of media trading and operations Steve Huddleston: “It is not about the effectiveness of TV declining, but more about other media being more effective.”

BT is instead putting money into the internet. Five years ago, it spent just &£2m online, but now the company is spending nearer to &£15m. “It could end up being our second-most important channel. It’s such an accountable, cheap medium for us,” added Huddleston.

Procter &amp; Gamble associate director of media Bernard Balderston said that the household goods and beauty company had also reduced the proportion of its media budget allocated to TV, from more than 95 per cent in the early Nineties to about 80 per cent in the UK today. Factors influencing the move include changes in consumers’ media consumption and “receptivity”, brought about by media fragmentation and new technology such as the internet, in-store TV and personal video recorders (PVRs). “These factors are changing the options advertisers have and the way advertisers are looking at TV,” said Balderston.

Fighting back on behalf of broadcasters was Channel 4 head of strategic sales Mike Parker, who said: “Fifteen years ago, there were massive doubts about the future of TV. But TV today is robust. The distribution of impacts across platforms may be changing, but TV is more affordable than it has ever been and new opportunities such as sponsorship and interactive ads are emerging for advertisers.”

Reach and frequency, he claimed, were still offered by the medium, “but in a different pattern”.

But Unilever global media director Alan Rutherford said: “It’s not about reach and frequency. It’s about what happens to brand sales and awareness.” He claimed that on average it takes ten per cent more ratings to achieve the same level of awareness than five years ago and called on the industry to address the effectiveness of TV.

Although the TV marketing consortium Thinkbox has been set up by the major broadcasters to demonstrate the effectiveness of TV, Jim Marshall, chairman of Starcom Group UK and the Institute of Practitioners in Advertising, said there was little sign that this was being done, while admitting it “may be early days”.

Balderston said Thinkbox was “a bit on the late side”. He added that “in some cases, TV is no longer the medium of choice for some of our brands.”

Undeterred, Parker, a member of Thinkbox’s working group, called on advertisers to help the broadcasters demonstrate the effectiveness of TV by sharing their data with the marketing body.

For advertisers, measuring TV’s effectiveness is likely to become even more important with the arrival of PVRs. Marshall told the conference that PVRs could reduce commercial audiences by as much as ten per cent over the next three years.

Tips on how to cope with changing viewing patterns came from BBC head of pan-BBC research, Stuart Knapman, in the following session. He suggested that advertisers should target programmes that command high attention and engagement levels, as TV had effectively become “background” for half of average weekly viewing, compared to 26 per cent in 1974 (Source: BBC Daily Life). “There’s as much quality of programming as there ever was, but we are starting to see signs of a backlash against low-budget programming, and growing dissatisfaction with the amount of rubbish out there,” he said. 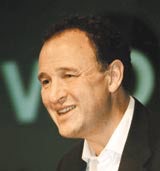 These alternative methods of using TV will offset the adverse impact of PVRs, says Sheila Byfield, global director of consumer insight for MindShare Worldwide, who gave a presentation on future trends. She also said that the worst effects of multi-channel fragmentation had already been felt and that the decline in terrestrial TV’s audiences was slowing, partly due to the success of Freeview. However, she said, society is moving towards a culture of “always-on” entertainment, instant gratification and multi-tasking. She added that “demographics, as far as planning is concerned, have died.” Research from MindShare also showed that 40.9 per cent of respondents were watching less TV than a year ago, while 68.8 per cent were using the internet more.

This increased internet use is already being tapped into by advertisers. United International Pictures senior vice-president for international marketing Andrew Brown said that although the film company is continuing to air movie trailers on TV, it is also trying to replicate that experience online and on mobile phones.

But it is TV’s audio and visual quality that still gets the vote of Masterfoods regional media manager Paul Smith who, speaking on a panel at the end of the day, said: “Finding consumers is getting tougher but at the moment we like TV because it does mass reach.”

However, other advertisers have different requirements. Paul Hide, general manager of marketing communications for Sony’s consumer products division, said his company was more interested in segmentation and driving sales than mass reach. Within the next ten years, he said, he expects Sony to spend a third of its budget on direct marketing, another third online and final third on traditional media, of which TV would be only a part.

Summing up, Royal Mail head of brand and advertising Tom Hings said: “If you want to build brand awareness and engagement, then TV is arguably the best method, but if you are looking to drive sales there are many other routes.”

But Levi’s is using TV to do both. European marketing director Sue Chidler says the company has increased its spend on TV advertising by 34 per cent for spring, as the medium is helping to reverse a decline in sales of its 501 jeans and to win favour with retailers. Chidler said: “When everybody is going one way, think about what it means to go the other way.”

TV bosses must hope she isn’t the only one thinking along those lines.