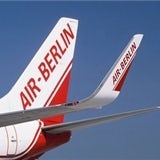 Lidl’s decision to offer consumers flight vouchers at checkouts (MW last week) is the latest innovation in the burgeoning non-food sector. While margins are being squeezed in traditional food retailing, supermarkets are desperate to grab a greater share of pocket by adding a growing range of unusual products and services, from will-writing to golf clubs.

Major retailers in the UK seem determined to outdo their rivals. Asda is piloting an estate agent service in the North-east, and Woolworths is selling cars online. Tesco, meanwhile, has this week gone the whole hog by launching an online and catalogue home-shopping range featuring 8,000 non-food lines. Called Tesco Direct, the service is predicted to propel the UK’s biggest grocer to the number one spot in non-food, above Argos (MW August 10).

The introduction of seemingly endless offers is making the embattled retail arena a more interesting place to be. It is a sector built on strong marketing, but whether store bosses can keep a handle on exactly what their customers want amid the product explosion remains to be seen.

Alison Aslin, account director at retail and marketing consultancy Pragma, contends shopping for “everything under one roof” could irritate consumers. “Food shopping is generally a chore that people don’t like. They want to be in and out as soon as possible. Non-food can be an annoying distraction,” she says.

But retailers disagree. A spokeswoman for Asda points to the success of its George range, recently extended beyond clothing into homeware. She adds: “The acid test for non-food is that we have got to offer cracking value. Lidl isn’t big in non-food so selling flight vouchers is interesting. We sell flights on our website and we’re not currently looking to sell them in stores – but we never say never.”

Lidl tested the service in Spain before bringing it to the UK. During the week-long promotion, shoppers can buy a &£19 voucher for a one-way Air Berlin flight valued at &£69. A spokesman explains: “This is an extension of our strategy of driving people into stores to build repeat visits. There is every chance more surprises are in store.”

It appears other major UK retailers are unlikely to reach for the skies in the short term. But Verdict Research consulting director Neil Saunders observes: “Grocers already have a lot on their plate. There is no shortage of ideas – it’s a question of what they won’t do, rather than what they will.”

Yet he is wary of the growth of non-food, adding: “The more lines supermarkets stock, the more difficult store layouts are to navigate. There is evidence of this in our consumer satisfaction index. Waitrose did best, because it has a very focused food offer and layout.”

The trick is to treat

James Walton, chief economist at grocery think tank IGD, disagrees with the theory that too much choice may confuse or deter shoppers. He adds: “We asked consumers to rate their happiness at different in-store stages. Non-food was the most popular part of the trip – people see it as a treat for making it through food shopping.”

IGD research states that non-food currently accounts for about 13% of total supermarket sales, against 11% this time last year. Walton adds: “Selling non-food does not make a retailer special any more. They must be more brand-focused, like Asda with George and Tesco with Cherokee. But supermarkets feel non-food is massive for them, and it will continue to grow.”