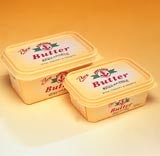 Simon Tuckey, who does not have a job to go to, has told colleagues that he is to leave the company. It is not yet clear who will be taking on Tuckey’s responsibilities, as the joint venture is still subject to Office of Fair Trading approval.

Lurpak’s parent company, Arla Foods, will have a 75 per cent share in the joint venture, and Fonterra Co-operative Group – parent company of NZM – will hold the remaining share.

Tuckey has held a number of senior marketing and sales roles at several companies before joining NZM, including a spell as marketing director for McVitie’s between 1987 and 1991.

At McVitie’s, Tuckey played a pivotal role in launching Mini Cheddars. After that, he worked as the regional managing director for United Biscuits in the Asia-Pacific region before returning to the UK last year to head NZM.

Last year, NZM invested &£10m in a major revamp of its Anchor brand, featuring a new logo and packaging strategy. However, it lost its number-one position in the butter market for the first time in 75 years to Lurpak.

Christmas offers online shopping sites an ideal opportunity to build customer loyalty and awareness. But they should make sure they deliver, says Yannis Marcou

Christmas offers online shopping sites an ideal opportunity to build customer loyalty and awareness. But they should make sure they deliver, says Yannis Marcou

Just to clarify that Maggie Woodward is incorrect in stating that she developed the “first covermounted CD distributed with a national newspaper: Vauxhall’s World Cup promotion with The Daily Mail in 1998” (MW October 25). The Guardian was actually the first national newspaper to covermount a CD, two years earlier in 1996. This was developed […]