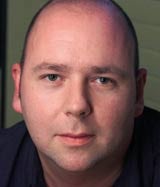 Eight months ago, not a single weekly title in the UK was aimed specifically at men. Then, like the proverbial London bus, along came two at almost the same time – IPC Ignite’s Nuts and EMAP COnsumer Media’s Zoo Weekly. This was the (re)birth of the men’s weekly, a sector empty since John Bull ceased publishing in 1960.

Given large circulation falls in the “boobs and beer” men’s monthly sector prior to these launches (FHM down 21 per cent and Loaded down 43 per cent since their heyday in 1998), some felt that these were expensive follies by both publishers.

Eight months on and this week’s ABCs are believed to show that Nuts and Zoo boast combined weekly sales of about 450,000. This is encouraging, as both IPC and EMAP initially talked of a settle-down circulation of 200,000 for each magazine. The publishers have been proved right in their belief that young men will invest in a rapid-fire, read-in-an-hour dose of girls and gaffes, trivia and television and sport and stars once a week.

The consensus is that Nuts, with its seven-day advantage at launch and its slightly more stable, refined editorial will lead the way. There are already rumours that Zoo is tweaking its editorial in a bid to catch up. However, given the shortcomings of the six-month average ABC audit and probable further activity, we won’t know the full story until the next sweep – when all the initial wave of price-cutting and marketing spend is out of the equation. Whatever happens, the big winners have been advertisers, with two extremely targeted and effective titles in a market that is notoriously hard to reach via other media.

Both IPC and EMAP acknowledge that there has been further haemorrhaging from the monthlies over the past six months, as readers sampled the delights of the weeklies. While a slight fall is predicted, I don’t believe this will be more than ten per cent.

The last set of ABC results showed the total men’s market to be worth just over 2 million copies a month and the anticipated monthly sales of the new weeklies to be about 1.8 million, so the overall loss in sales in monthly titles will not worry the publishers too much. In fact, the men’s market will have almost doubled in the past six months in terms of copies sold.

We know there is an appetite for choice among young men. Rumours are rife that H Bauer is to launch a rival weekly, called Cut – and there are also whispers that Richard Desmond may join the fray, having already registered the name KO!

There is room for more growth in this sector, but the industry needs fresh ideas from new entries rather than more “me-toos”. We are also likely to see rethinks of the monthly formats to stop any further loss of readers to the weeklies.

It’s been an exciting first season, with lots of initial intrigue, both sides spending huge sums and good sales growth. With new titles set to join in, we can expect a lot of activity in the next few months, with more marketing, price wars and content tweaking – “laddism” is back!

Jim Freeman is head of press and radio at Zenith Optimedia