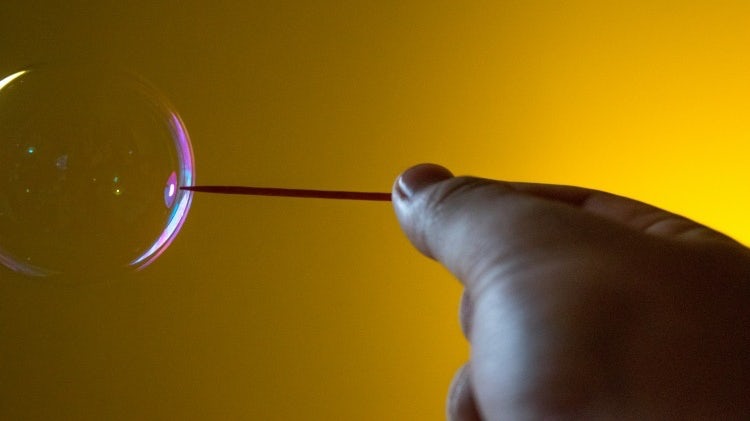 The story of how Joe Kennedy preserved his family fortune when so many others lost their shirts has passed into legend. When he started getting stock tips from the shoeshine boy, he knew that everyone was already in the market and the only way was down.

He called his broker and sold all his holdings, just days before the 1929 stock market crash that triggered the Great Depression. He escaped with his wealth intact; most did not.

Bubbles are a common historical phenomenon. Charles Mackay’s 1841 classic work Extraordinary Popular Delusions and the Madness of Crowds was one of the first attempts to explain bubbles and the resultant crashes in terms of crowd psychology. Momentum is the driving force: the faster the price rises, the more people buy in, forcing the price higher still. However, as soon as the price starts to slide, confidence can collapse and there’s a rush for the exit, sending the price into freefall.

READ MORE: Mark Ritson – Why you should fear the ‘digital duopoly’ in 2018

There is currently much debate about whether we are witnessing another bubble in the form of Bitcoin, the value of which has risen precipitously in recent months. Bitcoin currently occupies a strange twilight zone between a currency and an investment asset. It is undoubtedly true that many of the people buying bitcoins do not intend to use it as a means of transaction; they are assuming that the value will only increase in the long-term, enabling them to cash in later. The term for this strategy is the ‘greater fool theory’: you may be a fool to buy at this price, but you hope that at some point in the future a greater fool will pay even more for it.

There is a case to be made that the value of digital advertising may be massively overestimated.

Of course, traditional currencies also fluctuate in value, though seldom appreciating to the same extent. At one point, all major currencies were tied to the so-called ‘gold standard’, which meant that at any point a person could convert their paper money into a fixed quantity of gold, a commodity believed to have intrinsic value.

This isn’t without its problems, and in the aftermath of the Great Depression most countries moved to ‘fiat’ money, currency that only has a value because a government has decreed it to be so. It is a purely trust-based system – people are happy to use it as a means of exchange because we believe that everyone else will too, and that the value it represents will not disappear overnight.

When trust in a currency disappears, hyperinflation follows, and the value of the currency plunges. For example, the economic collapse in Venezuela has pushed the annual rate of inflation as high as 2,700%, the currency gradually becoming worthless.

Is there an online advertising bubble?

For now, no one can say whether we’re in a Bitcoin bubble or not (although the recent 40% fall in value from its peak might be indicative). But bubbles resulting from mass delusion don’t just affect currencies. There is a case to be made that the value of digital advertising may be massively overestimated. It’s certainly true that almost everyone in the industry, right down to the shoeshine boy, will tell you that clients need to spend more on data, technology and targeting solutions to compete, and that almost any cost is worth bearing to reach the right people.

But the very premise of the digital advertising industry is built on trust or, to be more accurate, a belief. Never mind all the scandals around hidden margins, dubious viewability and useless bot traffic, corrosive as they may be. The founding principle is that reaching the right person at the right time with the right message is an effective way to advertise. And most of the industry appear willing to take that principle on trust.

As such, an increasing amount of advertising money is flowing away from traditional advertising and into the coffers of Google and Facebook – and, just as with Bitcoin, that shift is accelerating.

It’s time to connect the marginal cost of serving advertising in this way to the marginal gain to the company from a consumer.

I would argue that there is a bubble because the price that companies are willing to pay for a click from the right person continues to soar, well past the point at which it is profitable. Yet the value to a publisher of serving that impression has vastly diminished in recent years. It is the growing ad tech stack which swallows an increasing amount of advertising expenditure.

William McChesney Martin said that the job of the US Federal Reserve Bank was to take the punchbowl away just as the party was getting good, to try and keep a lid on economic booms and hopefully avoid the inevitable busts that followed. We have no Federal Reserve in advertising but we do have some authority figures. When asked during his Festival of Marketing debate with Marketing Week’s Mark Ritson last October what the most overrated marketing concept was, Professor Byron Sharp responded:

“Targeting. Who could argue with the idea of sending the ‘right’ message at the ‘right’ time to the ‘right’ person? But the wrong ideas that last the longest are those that sound logical or plausible, such as the sun goes around the earth.”

It sounds to me like Sharp is eyeing the punchbowl with suspicion. It’s logical that if targeting is overrated then ad tech must be overvalued.

Although there’s little sign of it at the moment, the party could end abruptly. If a few major advertisers lose confidence then there could be a rush for the exit, leaving the industry holding some expensive technology stacks and not much else.

To restore trust (and a measure of sanity), the advertising industry badly needs its own gold standard. It’s time to connect the marginal cost of serving advertising in this way to the marginal gain to the company from a consumer. The acceptable cost might differ by client, but it still needs to be identified.

What is the correct amount to pay for an impression that will increase by 0.01% the probability that an exposed individual will buy a £3 bottle of shampoo? How wise is it to spend £500 for a 2% chance that someone will put £1000 in a savings account? How valuable is it to a company to continue targeting messages at an individual long after they completed the transaction?

Bubbles occur when the cost of an item becomes detached from economic fundamentals. How certain can we be that we’ve not reached that point with digital advertising? And is anyone going to get out in time? 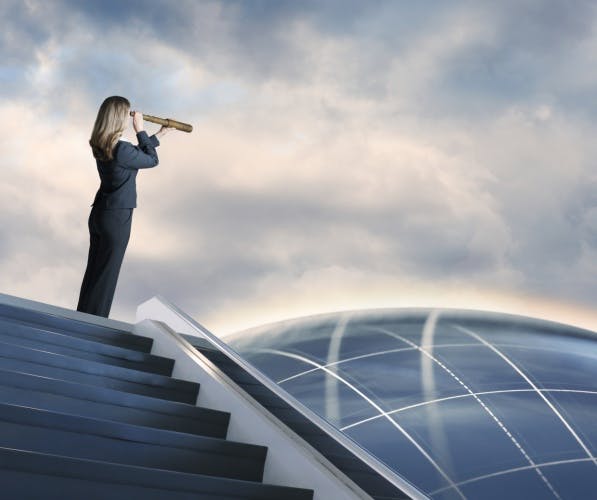