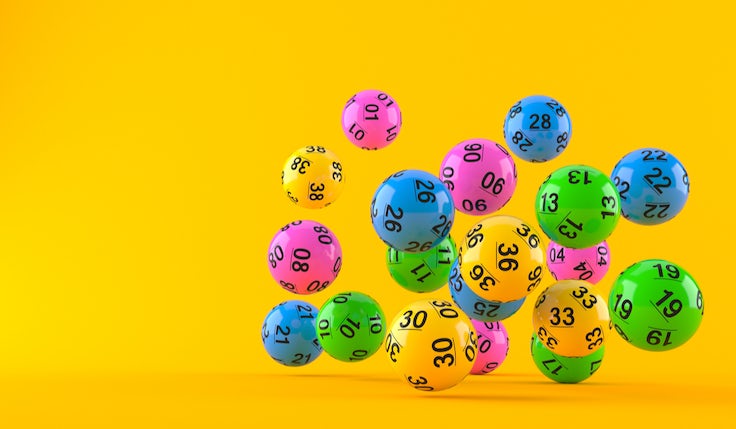 Joan R Ginther is the luckiest woman in the world. She has won big prizes in Texas State lotteries on four occasions. Her winning streak started in 1993, with a $5.4m prize in the Lotto. Then she scooped $2m in 2006, in the Holiday Millionaire Scratch-off. Two years later, she won $3m from a Millions and Millions ticket. Finally, in 2010, she picked up another $10m, bringing her total to $20.4m. The odds of her achieving this are one in 18 septillion. That’s 18 with 24 zeros – a higher number than there are grains of sand on this planet. So how on earth did she do it?

Well, it probably helped that she has a PhD in statistics from Stanford. A bit like the maths students from MIT, who exploited loopholes in the Massachusetts State Lottery, to win $8m in 2012. Or like Mohan Srivastava (statistician and alumnus of both Stanford and MIT), who cracked a Canadian lottery in 2011. Unlike the others though, Ginther has never explained the secrets of her success, so we have to guess at her methodology.

Needless to say, the possible mechanics are extremely complicated. But two of the factors that other experts have cited most often are essentially price and distribution.

The first is important because Ginther seems to have favoured relatively inexpensive scratchcard games and then increased her chances of winning big by buying enormous numbers of tickets, when the jackpot was unusually high. By some estimates she might have spent over $3m over the years but focused it on times when she calculated the price:probability ratio was most favourable.

The second factor then came into play because Ginther appears to have worked out how winning tickets were dispersed across the State. This led her to concentrate her buying in an obscure backwater. As yet another mathematician (David Hand, emeritus professor at Imperial College London) said: “It’s as if she had cracked the routing algorithm the company used to deliver the tickets.”

Focus on price and place

I’m sure there was much more to it than this. But for our purposes, I think two points are interesting. First, the fact that mathematicians sometimes spot golden opportunities that the rest of us miss. Second, that they often do so by focusing on inputs that we might find less interesting. For instance, since the 1960s, all marketers have been brought up to believe in the importance of 4Ps: product, price, place and promotion. But in recent years, the middle two (which Ginther embraced so successfully) have been increasingly ignored.

According to a Marketing Week survey in 2017, most marketers don’t even have primary responsibility for pricing within their organisation these days – and almost half of these are quite happy with that situation. No doubt this is because it’s seen as dry and complicated, compared to the glamour of making ads or new products. But think of all the options that are available now, to marketers with sufficient imagination. From surge pricing to subscriptions, group buying to auctions, freemium models to peer-to-peer platforms – the creativity that is now possible within pricing is unparalleled.

It’s a similar story with distribution. Professor Byron Sharp has drawn on a huge body of evidence to show that increasing physical availability is critical to brand growth. In a way, this is only a restatement of the old Coca-Cola mission to be “within an arm’s reach of desire”. But now, as with pricing, there are more creative options to achieve this – from pop-ups to direct-to-consumer, aggregators to marketplaces, social commerce to voice technology. Again, these can be leveraged to catapult a brand forwards, quicker than any ad campaign.

Convention says marketing is all about product and promotion. Luck says the other two Ps may prove a better bet.

If you want proof of the mathematical power of price and place, look at one of the world’s fastest-growing brands: Tesla.

As with Ms Ginther’s lottery success, I think it’s no coincidence that the company’s founder Elon Musk is a physicist by training, and claims to apply the equations and ratios of that discipline to every problem (“it’s like the best tool possible”). This approach appears to have extended to naming his son (X Æ A-12), but more importantly, it’s helped him disrupt the car industry, with a different distribution and pricing model.

Yes, the technologically brilliant product is important – developed more like a piece of software than a traditional vehicle. And yes, promotion is part of the mix (don’t be fooled by claims that this product sells itself, when Musk broadcasts daily to his 42 million Twitter followers). But the Tesla model is also built on a direct-to-consumer sales channel, which gives the brand much more control (and potential margin) than a traditional franchise approach. The success story has also been driven by a counter-intuitive pricing strategy, whereby the company set out to make affordable electric cars by reinvesting the proceeds of a very expensive sports vehicle.

Musk spelled out the maths behind this (equations and all) in a 2006 blog post called ‘The secret Tesla Motors Master Plan (just between you and me)’. And while I personally don’t think the numbers justify the company’s recent tag as the fifth most valuable company in the S&P 500, the formula seems to be paying off pretty well so far.

But if you’re still not convinced, look at one of Asia’s biggest success stories too. Pinduoduo is a company that’s currently enjoying phenomenal growth, largely thanks to disruptive strategies on both ‘price’ and ‘place’. It only launched in 2015 but had gathered 643 million users by Q3 2020. Last year, it also became China’s second most valuable online retailer, selling a huge range of products from groceries to home appliances.

The first factor in its success story was a group buying function, known as team purchasing. The way it works is that users are given two pricing options, when looking at a product. The first one is a standard price but the other is a discount that can be unlocked when a team of two or more buyers join forces. The bigger the team, the steeper the discount. As you can imagine, this has encouraged millions of people to share their purchases with friends and encourage others to join in. It’s been so popular that most of the other Chinese e-tailers have now followed suit, but Pinduoduo has an in-built advantage: as well as being first mover, its name stands for ‘together, more savings, more fun’.

The second factor behind Pinduoduo’s runaway growth is its integration with WeChat. That’s China’s most popular messaging app, with over a billion users. It’s backed by Tencent – which also invested in Pinduoduo. This gives the brand a big advantage over its main rival Alibaba. Customers can make payments directly on WeChat, whereas the market leader requires an extra step to set up Alipay. This friction-free interface has allowed Pinduoduo to make deep inroads into rural China and win over less sophisticated users.

Now, as with Tesla, Pinduoduo’s capitalisation is questionable. Especially as it’s only just recorded its first quarterly profit. But by rethinking the maths of price and place, it’s proving a highly disruptive influence in the biggest retail market on earth. Put another way, those 643 million users mean that the company has a lot of tickets in the lottery. And just like Ginther (who rather ominously has moved to Las Vegas) and Musk (now trying to conquer space) few would bet against it.

Convention says marketing is all about product and promotion. Luck says the other two Ps may prove a better bet.

So ask yourself: how might a mathematician rework the numbers in your category, using price and place?

‘Go Luck Yourself: 40 ways to stack the odds in your brand’s favour’ is available to pre-order now, from Amazon or Waterstones. Andy will be donating all his royalties to an organisation called Commercial Break, which helps give working class kids a lucky break into the marketing industry.

The 2021 Marketing Week Career and Salary Survey reveals the toll the pandemic has taken on marketers’ careers, exposing the impact of the crisis on team structures and wider business culture. 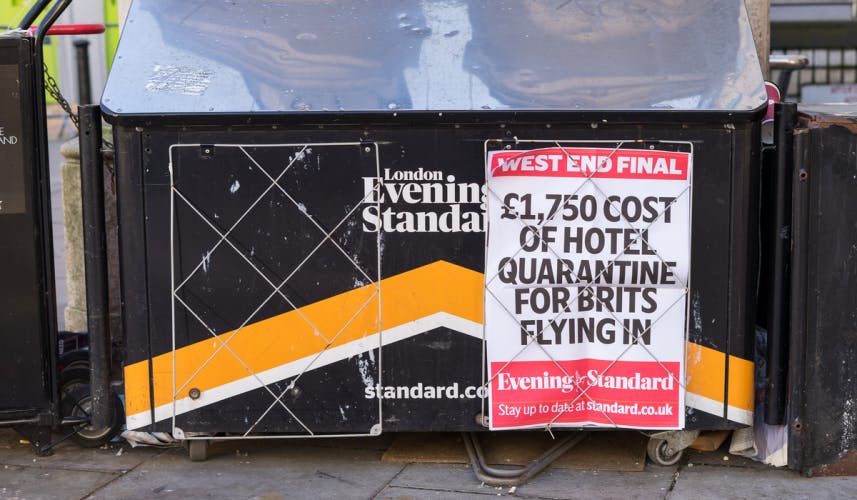 Mid-market hotels are in the strange position of having to detain prisoners rather than delight customers. Here are a few ways they can avoid brand damage.