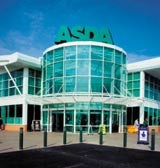 Clean up your act or face the consequences – that is the ultimatum issued last week by the Consumers’ Association (CA) to the Government and the food industry.

The consumer watchdog is threatening to name and shame food manufacturers for using bad marketing practices, misleading food labelling and high levels of salt, fat and sugar and to expose the Government for failing to take action to introduce controls.

It plans to call on consumers to boycott the products concerned if the Government fails within the next month to give in to the CA’s demands for restrictions to be imposed on television advertising during children’s programmes and the setting up of a Nutrition Council. It is also demanding meetings with Asda, Safeway, Sainsbury’s and Tesco about the introduction of a universal labelling scheme to help consumers make healthier eating choices.

By calling for a boycott, the CA hopes to change consumer behaviour, just as it claims to have done with a past campaign to highlight higher prices changed in the UK by car manufacturers compared with the prices of the same models abroad.

The CA’s demands are being supported by a campaign created by Team Saatchi, which uses an image of greasy chips in an ashtray, with the strapline “Health Warning to Government”, to draw an analogy between health problems associated with food and with smoking. It has also published a report which claims that 30 per cent of deaths from coronary heart disease are believed to be due to diet, a third of all cancers are as a result of poor diet, and obesity is reducing life expectancy by an average of nine years.

The demands come at a crucial time for the food industry, which is awaiting the outcome of numerous reports following a series of investigations into its practices. For that reason, some claim the CA’s outburst is too late. The Food Standards Agency (FSA) will report on its consultation on the possible options to tackle the rise in obesity on March 11, and the Commons Health Select Committee is expected to report its findings in April.

But Sue Davies, the CA principal policy advisor, says that despite all of their initiatives, progress is too slow. “The Government has to show that it is willing to take on the industry. So far it has not done that, which is why we have come out so strongly.”

She adds that the CA has already contributed to the Health Select Committee and is involved with the Government’s Food and Health Action Plan, which is also due this spring. The CA also plans to contribute to the consultation on the nation’s health, announced by Health Secretary John Reid earlier this month, which will lead to a White Paper due this summer (MW February 5). The association, which has campaigned on a number of food issues such as labelling and salt levels for several years, believes the time for talking is over and that action needs to be taken – hence its latest campaign.

Davies believes action can be taken more quickly and points to the work that the Government, food manufacturers and retailers have done to reduce salt levels in foods.

The Government has not reacted to the CA’s demands yet. A spokesman for the Department of Health says that issues such as food promotion, particularly to children, may form part of Reid’s proposed White Paper, and may also be included in the FSA’s report. He notes that Ofcom is also looking at the issue of broadcast advertising restrictions after being asked to consider the issue by Culture Secretary Tessa Jowell last December.

The food industry, including farmers, manufacturers and supermarkets, has joined together to form one food and drink alliance that aims to work with the Government on any proposals that come out of the reports awaiting publication (MW November 20, 2003). In the meantime it appears that its members are not prepared to agree to any quick-fix solutions.

Deputy director-general of alliance member the Food and Drink Federation Martin Paterson says that the federation will not be activated or motivated by the CA’s announcement. “The CA has rather missed the boat. The Department of Health has already announced a white paper to consult on food and health issues, and the food chain has pledged to work with the Government on helping people to understand more about food and nutrition.”

He says that as a consumer group the CA is entitled to name and shame companies or call for boycott of certain brands, but whether that will help its cause is debatable.

Jeremy Preston, director of alliance member the Food Advertising Unit, describes the CA’s ad campaign as scare tactics. He says: “They obviously want to draw attention to their proposition that food is like tobacco, which we take issue with. Tobacco is a poison and it is highly irresponsible to do that.”

Both Paterson and Preston point out that the CA fails to mention the importance of physical exercise, but Davies says that this is exactly the kind of discussion that the food industry uses to stop any changes to its practices being agreed.

The CA’s demands for a Nutrition Council that will report to the FSA and include representatives of the Government, food industry and, of course, consumer groups have also been dismissed by many industry experts for adding a new layer of bureaucracy.

The CA’s demands for supermarkets to introduce standard labelling for sugar, fat and salt content, using a traffic light system of red for high levels and green for low, have also been criticised for paying little regard to manufacturers.

Safeway communications director Kevin Hawkins says: “The report pays relatively little attention to the role of the big food manufacturers, which supply at least half of the products sold in a typical supermarket, and probably a bigger proportion of their total sales value.”

The proposed labelling scheme is under consideration by the Government and the European Commission is also due to publish a proposal on nutrition labelling later this year.

But for such labelling to be a success depends on the co-operation of manufacturers and supermarkets. This proved a stumbling block when the Department of Health tried to develop a universal logo to help consumers eat their daily five portions of fruit and vegetables (MW March 27, 2003), and one which the CA wants to avoid.

Unless the CA’s campaign is successful in changing consumer attitudes and behaviour, the food industry is likely to ignore the consumer group’s demands and wait to see what legislative regulations are forced upon it.