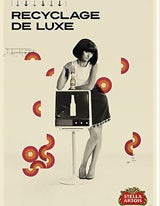 The company says its performance has improved due to its the integration of InBev’s and Anheuser becoming “essentially complete”, following the former’s takeover of the latter in late 2008.

The brewer has made a series of cost cuts to cope with falling beer sales in the global downturn. In January it said it would axe 800 jobs across western Europe. However, revenues in the last quarter of 2009 helped boost the company’s profits and they rose 3.7% to $9.3bn (£6.2bn).

“Anheuser-Busch Inbev closed 2009 on a positive note,” the group says in a statement. The group, which also makes Budweiser, adds that global demand for beer remains “relatively resilient”, despite the weakness in global economies, and says that it is the market leader in the US and Brazil.

The brewer launched a 60s flavoured campaign for Stella in line with the 60s French Riviera theme employed in recent campaigns for its 4% variant last year (pictured).

It has also recently launched campaigns for Beck’s and the Vier variant as well as major outdoor activity for Budweiser.
AB Inbev formed from the merger between Anheuser-Busch and Brazilian-Belgian brewer InBev last year.