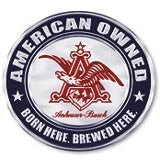 Drinks giant Anheuser-Busch has launched a controversialÂdirectÂmail campaign in the US depicting its own products, such as Budweiser, as the brands of choice for patriotic American rivals, while disparaging rivals SABMiller and Molson Coors as “foreign-owned”.

The leaflet, which is reported to have been posted at the company’s Busch Gardens theme parks in Florida and has also been inserted in beer cans, says: “Anheuser-Busch is the only major AmericanÂbrewerÂstill American-owned, with over 95 per cent of our stock held by American investors.”

Warming to its patriotic theme, the leaflet goes on to say that “a majority of SABMiller’s owners are South African” and that “Coors merged with Molson in 2005, and Molson Coors is 51 per cent owned by foreigners”.

Last year, Anheuser-Busch bought a 29 per cent minority stake in China’s Harbin Brewery Group, a Hong Kong-listed regional brewer. In the mailer, the brewer says it bought the Chinese company so that “we could generate more profit to bring back to the United States”. The same reason is given for its 50 per cent ownership of Grupo Modelo, the Mexican brewery that makes Corona.

In a statement, Anheuser-Busch vice-president of sales and marketing Michael J Owens says: “The materials we distributed are statements of an important fact: of the three major brewers in the United States, Anheuser-Busch is the only American-owned company.”

However, the American campaign is in stark contrast to the one running in the UK. The recent campaign, created by Rainey Kelly Campbell Roalfe/Y&R,Âpromoting Budweiser’s sponsorship of the Premiership, plays on the fear of Americanising football. The 40-second spot, called “Soccertainment”, ends with the acknowledgement that the beautiful game needs no improvement.

I read with interest your article on the voucher problem. I had seen this from a feed from an IT website, and as a result of the moneysavingexpert website and forum where these vouchers have been traded in the past. This is a classic case, if one were needed, of where the direct marketing industry […]

Coca-Cola Enterprises is putting its marketing and communications materials online, with the creation of an internet-based library that will include high-quality pictures of products and an archive of ads. The library is designed for use by CCE marketing staff and also by partner advertising and marketing agencies, and is expected to include at least 3,000 […]

Cable is the least-trumpeted of the digital television platforms, yet in many ways it has the most to offer.