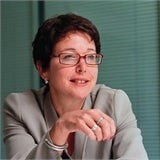 Yell chief marketing officer Ann Francke has left the company during the final stages of its &£20m advertising pitch, after apparently losing a power struggle at the directories publisher.

Insiders say Francke felt her power base at the company had been “marginalised” because she had little control over the Yell.com part of the business. It is understood she leaves without a job to go to.

Francke, who has been at Yell for two years, left Boots in 2003 in similar circumstances. She called a pitch after being appointed as strategic marketing director at the retailer, but was ousted after just eight months as part of a restructure (MW October 30, 2003). Mother was later appointed to the &£32m advertising account.

News of Francke’s departure from Yell has thrown the advertising review, which was called in April, into chaos. Vallance Carruthers Coleman Priest and Mother are in the final stages of pitching for the account, which had previously been held by Abbott Mead Vickers.BBDO for 23 years.

Yell head of marketing strategy and communications Catherine Kehoe – who joined last year from BT – will take over Francke’s responsibilities in the interim.

Francke, who says she is leaving Yell because she wants to run her own business, was vice-president of petcare marketing for Europe at Masterfoods for over two years before joining Boots. Prior to that, she worked for Procter &amp; Gamble for 13 years, five of which were spent as general manager and marketing director of its UK cosmetics and skincare business.