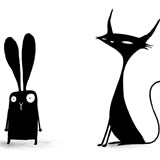 The lingerie retailer is poised to relaunch its range of sex toys this week and has trailed the launch with a teaser campaign for its new website under the Pussy and Rabbit brand.

The Pussy and Rabbit campaign, which also includes social media activity, PR and an online game, is one of a number of tactical marketing activities Ann Summers has trialled to inject a more “playful” attitude into its brand strategy.

Earlier this year Ann Summers rebadged a number of its stores as ’Man Summers’ as part of a Valentines Day promotion and launched a controversial “Squeal Deal” campaign spoofing Marks & Spencers.

Group marketing manager Becki Rowe says that while the new direction isn’t a fundamental shift for the brand, it is changing every aspect of its consumer facing communications in a bid to modernise perceptions.

It is also preparing to relaunch its product range in the autumn, redesign its online platforms and “revolutionise” its store environments with a new concept created by retail design agency Fitch. The first concept store will open in Westfield’s Stratford City mall in September.

Ann Summers marketing manager Victoria Taylor adds: “Customers have told us, and we agree that we’ve come to stalemate in the way we deliver the brand. The refresh of the stores, the brand, website, photography and products is all in line with reengaging with our edginess and relevance.”