The video is set in a pub where a false mirror the shape and size of a car windshield was installed in the men’s toilets above the sink. A life size human mannequin was then smashed through the fake glass to the surprise of unsuspecting men using the toilets.

The reactions of the actors were filmed via hidden cameras.

Sound effects of a road accident were also used to mimic the experience of knocking someone down in a car.

The campaign, which launches tomorrow (7 June), aims to conveys the potential impact of drink driving after a night out. It was created by Leo Burnett London.

Activity will be supported with print and radio. 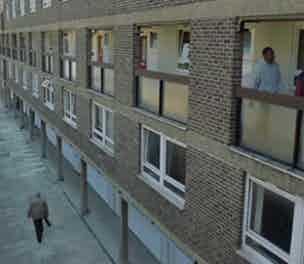 McDonald’s latest ad aims to show the similarities between an old man and a group of young people living in a London estate as part of its ongoing “We all have McDonald’s in common” campaign.