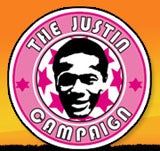 The campaign, named after the late Justin Fashanu, the only top-flight English footballer to have come out to date, has named today the inaugural international day against homophobia and will run advertisements in matchday programmes at a number of Premier League games this weekend.

The activity follows the FA’s decision to postpone the launch of its anti-homophobia DVD over fears that its message was too blunt and would not be well received by football fans.

That film featured a man directing anti-gay abuse at passers-by and aimed to point out that homophobia is as unacceptable at football grounds as it is in the office or on the street.

It is understood that a number of professional footballers refused to appear in the DVD because they feared that they would be ridiculed by fans and players alike. The film was reportedly going to feature a number of top-flight stars but the idea was dropped after a number of players and agents declined a request by the Professional Footballers’ Association to appear.

The decision attracted criticism from gay rights campaigners who demanded the FA do more to involve players in future campaigns.