The campaign has been created by archibald ingall stretton, who were appointed by the charity in October last year. It will roll out in cinemas, public transport – including tube cards and ambient media – and in press from 15 February. A new Anxiety UK website is due to launch in the spring.

Formerly called the National Phobics Society, Anxiety UK claims the poster is targeted at people in doctor’s waiting rooms to help raise awareness and try to relieve the burden on busy GPs.

The ads include the image of a red panic button on a black background. White copy appears above the image, tapering down to the top of the button, suggesting sound waves.

The text starts: “Are you sick? Or worried sick?” and goes on to describe a panic attack, directly addressing the reader: “You’re struggling to breathe. And you want to run. Or hide.” Copy ends: “We’re your panic button. Don’t be afraid to push it” followed by contact details for the charity.

Nicky Lidbetter, chief executive of Anxiety UK, says: “GPs are some of the busiest and most stressed workers in the country and Anxiety UK is aiming to alleviate some of their workload. archibald ingall stretton has developed some impactful creative to try and encourage people in waiting rooms to contact the charity directly. We will put them in touch with a specialist, or a counsellor, that they can talk to, instead of a GP.”

Polly Jones, client services director at archibald ingall stretton, adds: “Anxiety UK provides a place sufferers can turn to in times of stress. The new work is part of an integrated campaign based around a new positioning for the charity: Anxiety UK is your panic button. The poster is designed to be simple and eye-catching, and the creative idea gives us plenty of scope for development as we roll out the campaign.” 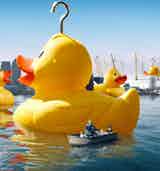 Unilever has reappointed Mindshare to handle its media planning and buying account in Western Europe, North America and Canada.