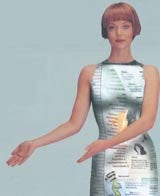 AOL has finally entered the UK’s burgeoning broadband market – with a price 14 per cent higher than that of BT.

The new AOL service costs £34.99 a month plus £25 for a modem. However, the modem charge will increase to £85 from July 15, putting it on a par with self-install products from BT and Freeserve, although these are expected to increase shortly.

AOL’s delay in launching its broadband offering comes as a surprise: over the past two years it has frequently called for faster roll-out of broadband infrastructure, and accused BT of holding things up.

But after BT announced a reduction in wholesale broadband prices earlier this year, it was BT itself and Freeserve that first offered broadband products designed to have mass-market appeal. Cable companies NTL and Telewest Broadband also followed suit.

Prices dropped below the psychologically important £30 for the first time, with both BT Openworld and Freeserve’s Broadband In A Box priced at £29.99. BT subsequently announced a “no frills” package, called BT Internet and priced at £24.99.

AOL UK, whose parent company in the US is suffering from a downturn in revenues and a plunging share price, hopes to capitalise on content provided by its sister company Time Warner. This “dedicated multimedia content” may give it some edge over UK rivals, since broadband still lacks a compelling reason to buy.

AOL claims to have 1.7 million UK subscribers, the “large majority” of whom already subscribe to AOL’s flat-rate pricing plan on dial-up Internet connection.

“We have taken our time to make sure that the system is truly easy to use and set up,” says an AOL spokeswoman. “We’ve also done a lot of research into the question of pricing and what consumers want. We believe it is more important to bring the right product to our members than to be first to market.”

The service will initially be promoted to existing AOL members. “The strategy is to make this seem like an evolution rather than a revolution,” adds the spokeswoman. Promotion of AOL broadband on television should start to appear in the autumn.