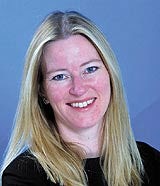 AOL UK has promoted Sharon Lang to vice-president of marketing, with overall responsibility for AOL UK’s brand and customer acquisition strategy. Lang was previously director of marketing for brand only, having joined AOL UK in February 2001 (MW January 25, 2001).

An AOL spokeswoman says: “As the company’s brand and acquisition marketing groups have become integrated over the past year, it was decided to bring all aspects of marketing under a single leadership role. This will best position the group to drive membership growth and adapt to new challenges, such as broadband.”

The announcement comes just days after AOL UK reached the 2 million member milestone. According to Thomson, the AOL marketing campaigns have been a key factor behind the company doubling its member base over the past two years and will continue to play an essential role.