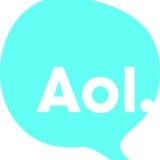 The company, which last week announced it was making 900 redundancies, is also in the final stages of appointing a UK-focused consumer marketing director to help increase its UK market share.

AOL is stepping up promotion of its new ad-serving platforms too. It is poised to launch new products for UK brands and agencies from early next quarter, as well as a series of new ad formats.

The refocus follows a year-long acquisition spree in which it invested over $500m (£312m) in online publications and an enhanced ad-serving offering. AOL will now focus on pairing advertisers with web audiences across its cluster of distinct titles, such as The Huffington Post and Engadget, instead of encouraging visitors to remain within the AOL portal.

Kate Burns, AOL’s senior VP of sales and operations and European head, says the AOL brand is now “secondary” to those of its newly acquired titles.

She adds: “If you were on those websites you probably wouldn’t even know they were AOL brands, which is what we wanted to achieve. As a portal, we’ll continue to drive good content, but we’re now as much about delivering premium content as we are about the AOL brand itself.”

The content provider has also identified online female audiences as a premium demographic to pursue, drawing it into competition with more established female portals like Netmums and iVillage.

Burns says: “We identified this as a ’white space’ at the end of last year. Around 60% of the AOL audiences are women and we can see that they consume the most content and purchase more online.”

AOL is also appointing a UK consumer marketing director. It is understood the successful candidate will head a five-strong team and have a multi-million-pound annual budget.

In addition to its efforts to win consumer market share, AOL is increasing promotion of its network to advertisers, although this won’t include enhanced commission rates.

Rob Blake, AOL’s VP of advertising in the UK, said the new formats are aimed at simplifying how agencies book and monitor their display ad campaigns. They will offer enhanced data analytics capabilities and will be targeted towards both agencies and publishers. 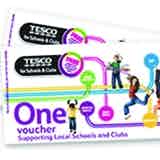 Tesco is creating an advisory board made up of children to shape the direction of its Tesco for Schools & Clubs programme. 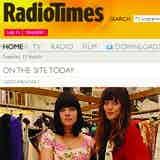 The BBC is overhauling its Radio Times website to become a combined listings tool for television, video on demand and catch up services.

I read Phil Guest of Sulake’s response to your ’Children’s Collectables’ feature (MW 17 February) with interest; he gave some valuable insight into the way teenagers collect and trade virtual goods as their interests shift online. The New Definition of Childhood research didn’t mean to imply that collecting drops off as children get older – […]