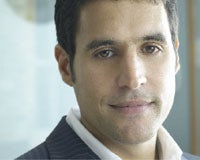 AOL is to place its ad-targeting business, Platform A, at the centre of its commercial operations. Michael Steckler (pictured), managing director of AOL UK, will head up Platform A’s UK business as part of a broad restructure.

Kevin Cornils, the former Buy.at chief executive, who was appointed managing director of AOL’s Advertising.com UK in April, will leave the company in August.

The information comes in a leaked internal memo from Brendan Condon, head of Platform A’s international operations. The memo outlines changes at AOL UK reflecting a three-division structure incorporating the ad platform, the publishing platform and the people network, following its acquisition of social network Bebo for £417m in March.

All of AOL UK’s advertising staff will be moved into Platform A and Steckler’s previous role of AOL UK managing director is to be scrapped. Steckler will now report directly to Condon.

Duncan George will become head of agency sales at Platform A, a role he previously held at AOL UK. The rest of the AOL UK commercial team will work under Steckler and George.