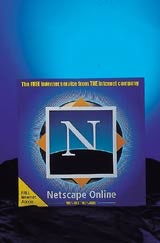 Hawkins replaces Karen Thompson, who was recently promoted to managing director. He will be responsible for developing overall brand strategy, including Compuserve, the business ISP which AOL acquired last year.

Hawkins will oversee a &£3m advertising budget, and report to Thompson, who took over from acting managing director David Phillips two weeks ago.

An advertising campaign created by Mortimer Whittaker O’Sullivan breaks this week, and will seek to position Netscape Online as an alternative to other subscription-free services.

It will use TV, press and posters, with media bought by BBJ Media Services.

Hawkins, who has been working as a marketing consultant for AOL for the past three months, was previously senior brand manager at Seagram, and marketing manager at The Mirror Group.

He says: “We have the multibrand strategy to give the UK market what it wants, supported by the number one Internet company worldwide.”

Until late last year AOL (America Online) was the UK’s most popular ISP, but was hit by a number of free ISP launches, including Dixon’s Freeserve and The Sun’s CurrantBun.com.

Ian Pay has stepped down from his post as chief executive of the free newspaper London Metro, and is to leave publisher Associated Newspapers after 18 years. Kevin Beatty, managing director of The Evening Standard, will take over the role as a member of the Associated board. Beatty will be supported by Mike Anderson, who […]