When telecom giant Verizon acquired AOL last June, it had faced a tough couple of years. AOL had originally merged with Time Warner in 2000 as part of an eye watering $164bn deal, but was spun off as an independent company in 2009 due to disappoint revenues. At the time, AOL’s revenues had dropped 17% year-on-year to $810m.

Since then, the company has put “guns, money and steel” behind programmatic technology. It also put a heavy focus on content, investing heavily in brands including the Huffington Post, TechCrunch and Engadget. Most recently, the brand launched a new women’s lifestyle website ‘Makers’ in the UK.

Speaking to Marketing Week at Cannes Lions festival, Kline, who has been with the company for three years, says she went through “one of the most public transitions and transformations”, but insists AOL and Verizon’s strategies do now align.

“Six and a half years ago, coming out of Time Warner the company was focused on how we could turn the business around and re-establish and build our reputation in the eyes of B2B marketers to generate ad ad revenue,” she said.

“Verizon has been an unleasher of our strategy. They’ve done everything they said they’d do in terms of putting tremendous resource into the organisation and invested in bringing relevant businesses within Verizon to AOL. In the last year alone, we’ve done so much merger and acquisition activity and made a big investment overseas when it comes to our brands.”

Instilling a sense of brand unity

Kline admits that AOL’s current goal is to build its consumer brands “much faster”. However, from next year onwards it hopes to “bring the corporate brand along with it”.

She explained: “In no way will this be at the expense of marketing the consumer brands. I don’t think that makes sense given that our primary aim is to build those brands into behemoth brands.”

Even though AOL owns a plethora of brands, Kline says it is keen to instill a sense of unity through three marketing pillars. This includes video, a move to mobile and a heavy focus on content.

“The things that connect them are more attributes and strategy points than they are contextual. We’re not in any way trying to make the Huffington Post like Makers. When you have a big family, you want everyone to play their role but celebrate each other’s individuality,” she added.

Like most other companies, mobile is becoming a major focus of the business. eMarketer figures show that mobile ad spending in the UK is expected to rise 35% this year to £4.58bn in 2016, accounting for 27% of UK total media ad spend and overtaking TV spend.

As such, Kline believes that brands still have a job to when it comes to educating ‘Generation X’, which grew up with mobile phones, about advertising.

“They’re a generation that has never been trained on the traditional TV model. We need to make them understand that they see this advertising in exchange for free content.”

“[They are using ad blockers] because we haven’t had advertising that is good enough to make that case to them. Banners on mobile devices obviously isn’t it. Nobody is doing [mobile advertising] successfully yet, but we as an industry have to get there quickly.”

To combat the ad blocking challenge, AOL is keen to focus on format and innovation in order to become “more relevant” to their target audiences.

“It’s in our DNA to try and make creative stronger in digital advertising, and we hope to play a big role in making mobile ads better. Consumers don’t reject ads altogether; they just hate shitty ads,” she said.

But there also needs to be a wider organisational change if marketers wish to reach consumers through mobile and digital.

Big companies that know “digital is on their doorstep” and are faced with quickly having to implement change will have to get used to making some tough decisions, claimed Kline.

She concluded: “If we’re still comfortable putting most of our money in TV even though our audience is moving elsewhere, it makes it hard to capitalise on opportunities mobile and digital provides. As an industry we need to get comfortable being uncomfortable, which is a herculean feat that we have to tackle together.” 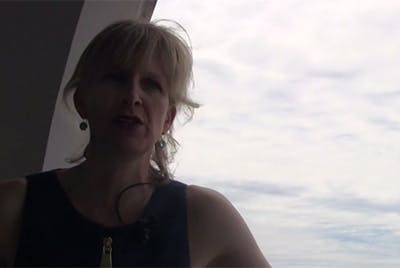 AOL chief marketing officer Allie Kline talks about the need to spark a “new conversation” around creativity and digital, urging the industry to collaborate on innovative solutions that will bring more money into marketing. 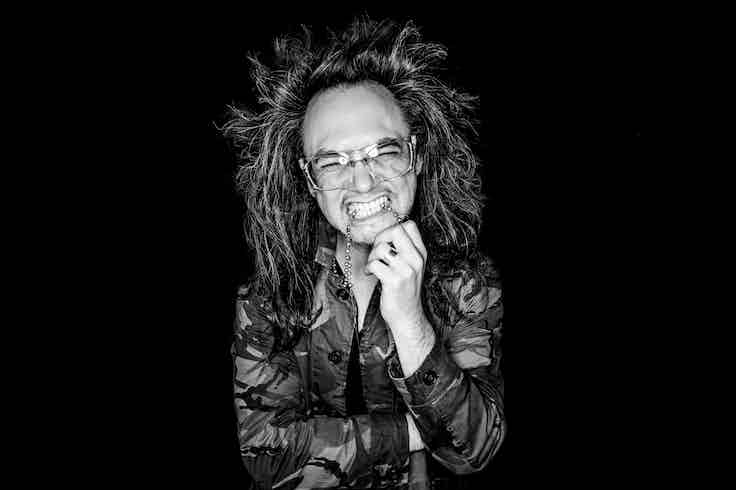 AOL has announced that ad tech marketing boss Allie Kline will be promoted to chief marketing officer of the group.