The handheld device will be available in the UK, Australia, Canada, France, Germany, Italy, Japan, Spain and Switzerland on that day. Customers will be able to pre-order the models from Apple’s online from Monday (10 May).

Since its US launch last month, Apple has sold over one million iPads and customers have downloaded over 12 million apps from the App Store, as well as over 1.5 million ebooks from the new iBookstore.

In the UK, the iPad will be available in the UK for suggested retail prices of between £429 to £599, depending on memory capacity for the Wi-Fi models.

3G models will cost more, starting from £529 and going up to £699, depending on memory capacity.

The iPad will be sold through the Apple Store and from networks including Orange, Vodafone and O2.

The iBooks app for iPad including Apple’s iBookstore will be available as a free download from the App Store on 28 May.

Last week, magazine industry experts at the PPA Annual Conference were warned that while the Apple iPad may offer a host of publishing opportunities, these may come with strings attached.

Apple announced the launch of the iPad in January. Since then, media companies have been launching compatible app formats for the new touchscreen device.

Meanwhile, Nokia has announced that it has filed a complaint against Apple with the Federal District Court in the Western District of Wisconsin, alleging that Apple iPhone and iPad 3G products infringe five important Nokia patents. 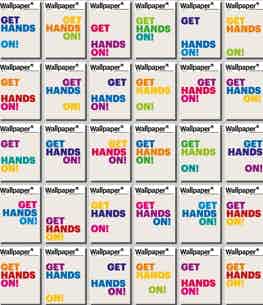 Wallpaper*, the design, fashion and lifestyle magazine owned by IPC Media, is inviting readers to design the cover for its August Handmade issue.