The company sold 14.2m iPhones, up 91% year on year, and 4.2m iPads in the three months to September, although iPod sales dipped slightly from the previous quarter to 9.1m.

However, the results didn’t include a breakout of its iAd business, which launched in the US in July and the UK last month (nma.co.uk 1 July 2010).

“IPhone sales handily beat RIM’s 12.1m BlackBerrys sold in its most recent quarter ending in August. We’ve now passed RIM, and I don’t see it catching up with us in the foreseeable future,” Jobs said.

Speaking about the comapny’s $50bn (£31.5bn) cash reserve, he said, “We strongly believe one or more strategic opportunities may come along that we’re uniquely positioned to take advantage of. We don’t let it burn a hole in our pocket or motivate us to do stupid things.”

Jobs also referred to Google CEO Eric Schmidt’s claim that his company was activating more than 200,000 Android handsets a day during the call.

“For comparison, Apple has activated on average around 275,000 iOS devices a day for the past 30 days,” he said.

He also criticised Google’s depiction of its Android operating system as’open and Apple’s as closed. “We find this a bit disingenuous and clouding the real difference between our two approaches,” said Jobs. “Android is very fragmented. Many Android manufacturers, including the two largest, HTC and Motorola, install proprietary user interfaces. Compare this with the iPhone, where every handset works the same.” 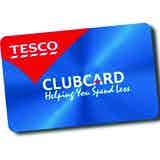 Tesco is cutting some of the rewards available in its Clubcard loyalty scheme in a bid to keep running the Double Points promotion. 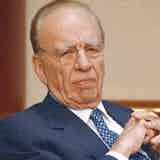