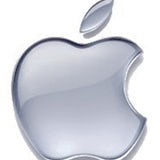 No brands have officially been confirmed as yet but the initial European iAd campaigns are understood to be launching next month.

Brands expected to be involved include L’Oréal, Renault and Nestlé due to their track records of experimenting with new ad platforms.

Other candidates include Nissan and Unilever, which have already launched campaigns on the platform in the US.

Apple is also now reportedly willing to accept less than the reputed $1m minimum spend it was said to have insisted on in the US.

Reports also claim Apple has been delaying the European launch of iAd in recent weeks due to complications around its insistence on controlling the technical and creative production process.

Apple has already trialled an iAd platform in the UK, which lets brands advertise their apps via banner ads in third-party apps.