We all do it. Every lunchtime we go to the same three sandwich or sushi chains adjacent to our office. We would like to be more adventurous but it has been a busy morning, there’s a meeting at 2pm and not much time. So it’s going to have to be ham and cheese or meal deal again for lunch.

But don’t feel bad. Life is complicated and you are most definitely not alone. Cornell University found that on average, people make 226 food-related decisions a day, despite thinking that they only make 14. That’s right – 226 or the equivalent of approximately one food-related decision for every five minutes you are awake.

We make thousands of decisions each and every day. Our brains never sleep but are instead always working away in the background, processing vast swathes of information and stimuli without much conscious thought or awareness. Unlocking the effects of external stimuli on our subconscious, and the triggers that inform our decision-making has been a focus of research for 40 years.

Most of the larger players in the out-of-home (OOH) industry have already turned to neuroscience to unlock the meaning and potential value of our brain responses with regards to OOH messaging. Clients are following suit. Unilever has used wireless EEG biosensor headsets to measure brain impulses when viewing potential advertising creative.

Ocean Outdoor’s recent pioneering The Science Behind the Art of Outdoor study used similar techniques to measure the brain impulse of consumers exposed to OOH, in order to unlock the hidden responses that may not normally be shared verbally. By measuring brain activity the study was able to bypass verbal responses, which are filtered through the more rational left-brain responsible for speech, and tap into the unfiltered, subliminal emotional responses of the right-brain. The study found that consumers reacted positively to premium OOH sites with size, scale and iconic location all boosting emotional response and even having a priming effect on other OOH sites. Ocean Outdoor is working on a second phase of the study to look at OOH more specifically and the priming impact it has on the wider media context.

At Kinetic, our research focus in this area has been in the behavioural economics (BE) discipline because we believe that OOH is the ultimate behavioural medium – a theory supported by Ogilvy Group’s vice-chairman Rory Sutherland. And we have been working on a two-year research thematic designed to better understand how OOH works beyond simple reach and rational metrics.

The power of OOH as an awareness-driving medium is well established, but its role in changing behaviour is less proven. As part of our thematic, we teamed up with #ogilvychange, part of Ogilvy and Mather and one of the world’s leading behavioural practices. We took its expertise into the field and discovered how augmenting OOH creative executions in certain ways – based on the principles of BE – can have an incredible effect on efficacy.

Behavioural psychologists have long known that our subconscious behaviour and decision-making are heavily influenced by social norms. It has been proven time and time again that people imitate the behaviour of those around them – it is how we ‘fit in’ with the world around us. With OOH media, by its very nature, being viewed in public, we were eager to tap into and understand the impact social norms can have on the subconscious mind and therefore the decisions we make.

So with this goal in mind, we ran a series of unique experiments on some unsuspecting shoppers at Lakeside shopping centre.

Our first experiment tested whether the humble stick man could be used as a social proof to guide shoppers to quiet areas in the mall. People generally assume areas that are not congested with other shoppers are inferior to busier areas, creating a norm about where to shop.

We designed two posters to put this idea to the test: one highlighting the location of Brompton Walk on a map using a crowd of stick men and the other without the crowd.

Our second experiment looked at whether we could get shoppers to eat lunch at an earlier time by challenging norms regarding what people feel they ought to do. People like to think they eat when they are hungry but in reality, mealtimes are determined by what is ‘normal’ or socially acceptable, making lunchtime after 12pm.

We designed a poster to break this norm by giving people permission to eat when they want, not when they think they should. As we expected, the poster with the phrase ‘Who says lunch has to be after 12?’ and an image of a girl eating increased footfall in the food court before 12pm by 24.8%.

Our third experiment took things one step further. We wanted to create a new norm about what other people actually do and since people’s decision-making is often influenced by seeing other people do something, we designed a poster with the phrase ‘Who says lunch has to be after 12?’ and an image of a group of people eating lunch. Adding this social proofing element was even more effective compared to the image of only one person, increasing footfall to the food court by 40%. Even more astonishing was that compared to no poster, footfall increased by 75.1%.

So where next for BE and OOH?

These experiments demonstrate that OOH media can be used to change the norm and subconsciously change behaviour in a mall environment. The next step for us is to investigate the impact across other OOH environments and undertake live campaign testing of the theory with clients.

We are also developing a planning tool – BEspoKe – using our findings, to help place the right creative message with the right location and the right mindset. It will inform our clients where to place branding and activation messages to best effect and which behavioural nudges work harder in which OOH locations. If you are heading to AdWeek Europe in March, we will be demonstrating our experiments in more detail and bringing them to life, so visit to find out more.

Cadbury is hoping to push more of the UK market to try the most recent innovations in its Dairy Milk portfolio, such as Daim and Oreo, with a £7m multi-channel campaign. 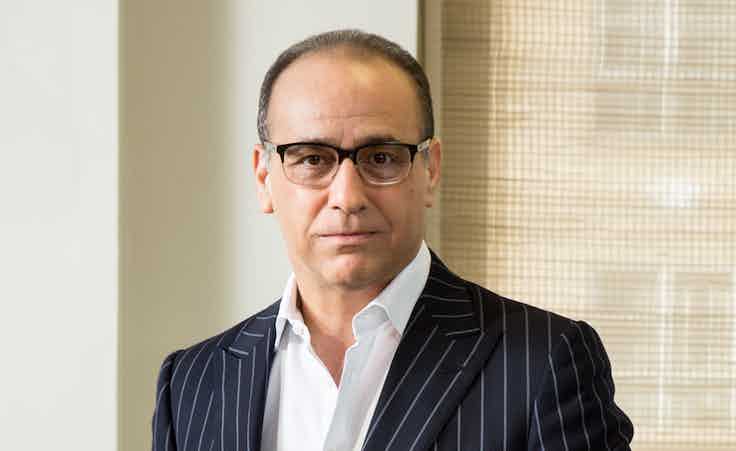 The Dragons’ Den veteran reveals what he wants from today’s marketers.