Following in the recent footsteps of Ford and Fiat, Skoda has become the latest car brand to shout about its own ‘world first’ augmented reality campaign.

Today in an interactive stunt (pictured), that felt more than a little Orwellian, members of the public were asked to design a custom version of the new Skoda Fabia on a kiosk, and subsequently put in a car seat, before appearing ‘joyously’ within their digital creations on the main advertising screen at Waterloo station.

This ‘interactive showroom experience’, clearly not one for the unphotogenic, has been described by Skoda as a way of ‘stealing attention’.

But with more and more car brands going down the augmented reality route, is this evidence of a fundamental shift away from the showroom?

“It is about making the buying experience as easy as possible for the customer. That could mean augmented reality slowly replaces showrooms to an extent as people can look at all the features of a car ahead of a purchase from their homes via smartphone and virtual reality headsets.”

Within its dealerships, the premium car brand launched its own AR campaign back in December providing customers with headsets to create the illusion of a life-sized preview of its new Discovery car at sites that did not have a physical model on display. Scwhab says Land Rover will now use the ‘successful strategy’ to promote other future car launches.

“If you look at costs of dealerships and the profit margins something has to change. It’s like the big supermarkets cutting back on unprofitable hypermarkets, the retail customer wants something different now,” he explains.

“Just a few years ago, on average, people visited three show rooms before buying a car, they now do one – the internet has changed everything. Augmented reality as well as bringing the showroom to say, a Westfield, as a pop-up will become some of the main ways we interact with customers going forward – you can’t wait for the customer to come to you any more.”

Global market research firm MarketsandMarkets predicts that AR is set to grow around 15% per year over the next three years making augmented reality a $1bn market by 2018. It says this growth will be ‘fuelled by advertising’.

Providing customers with a 360 degree view from the cockpit, the interactive experience, set to launch later this year, will allow customers to experience driving a Honda wherever their location through real-time visual mapping technology.

“We’d be absolute fools to ignore augmented and virtual reality as marketing tools,” says Moll, who is overseeing six new product launches in 2015.

However, with caution, he adds: “It will allow us to be very playful with brand and allow our customers to experience a drive in a super car but you can’t just do this for the sake of doing it. You have to provide customers with a reward and creative impetus to engage or it starts to feel a little gimmicky.”

He believes the showroom experience will soon start to become more scaled back and with ‘expensive concept cars’ replaced by ‘cost efficient’ augmented reality units allowing consumers to experience the car digitally.

So will showrooms start to look like something out of Minority Report, with punters test driving the latest BMW via a Playstation style game on a virtual reality headset?

“It is starting to evolve to something not far off,” laughs Erica Vernon, national communications manager for Skoda.

“The digital showroom is what we want to move towards completely as Skoda must create more engaging experiences,” she adds. “There will always be a room for a showroom, but it won’t be defined by a retail park location like before. The showroom could be an app on a phone or a virtual experience at rush hour within Waterloo station – it can be everywhere.”

In December 2014, Fiat teamed up with celebrity magician Dynamo to drive up interest in its new 500X car. Users had the chance to go on a ride with the magician in the car via a 360-degree 3D experience.

In January, Ford launched an augmented reality app to drum up interest in its latest Ford Mustang model. Touted as an “industry first”, the iPad app, created by Blue Hive and augmented reality specialists Kudan, allows users to visualise a life-sized version of the car in their driveways or even on the street (see below). 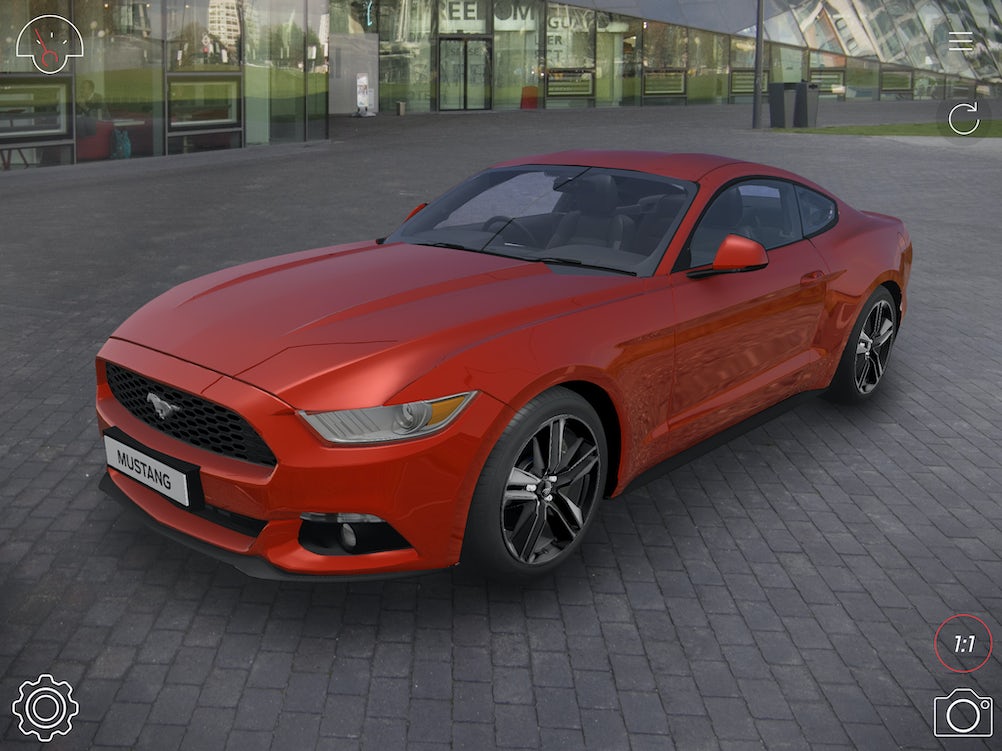 In the same month, Audi, delivered a 3D experience with Oculus Rift headsets. At a Westfield pop-up, users could virtually test-drive the Audi A3 E-tron and use the Audi Connect app on their own smartphones to control a variety of the demo model’s functions

BMW, meanwhile, is set to join the ranks of Google and Microsoft by launching a pair of augmented reality glasses that will allow drivers to see “through” the car to aid parking. An augmented reality windscreen system is expected to be ready for production by 2017. 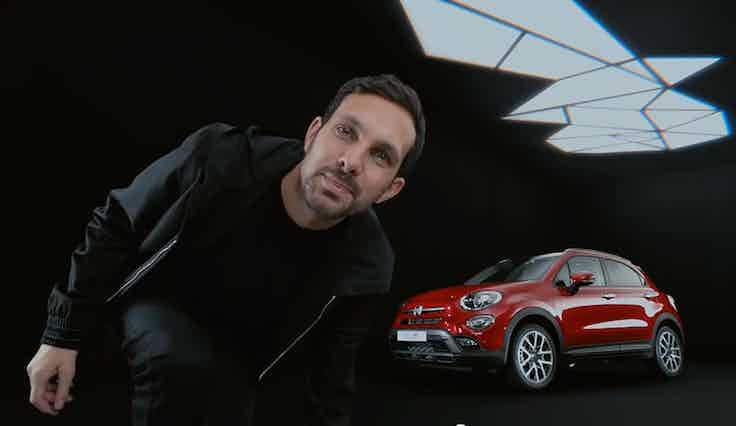 Fiat is hoping to drive up interest in its new car, the 500X, by showcasing the car using augmented reality technology that combines CGI with real-life footage in what it claims is a first for the car industry.