People have become so obsessed with the tiny graphic icons that 17 July is now known as #WorldEmojiDay, the word ‘emoji’ is in the Oxford English dictionary and their use is so relentless that website emojitracker.com, which records real time emoji use on Twitter, updates at such speed that it comes with a warning for epilepsy sufferers.

But is it a long-term strategy that marketers should be paying attention to or just the latest craze in communications?

Adrian Cockle, digital innovation manager at WWF describes emojis as the “first truly global language” as their symbolic nature means they have universal appeal, diminishing some of the normal challenges associated with marketing on an international scale.

The charity launched its #EndangeredEmoji Twitter activity in May after discovering that 17 characters in the catalogue of emojis represent animals at risk of extinction.

People are encouraged to take part by retweeting an image of all 17 animals and then for every subsequent time they use one of the endangered characters they pledge to donate €0.10. At the end of the month they receive a summary of their usage with a link to the charity where they can donate the suggested amount, another sum, or nothing at all if they choose.

“We’ve seen people from nearly every country around the world using endangered emoji,” says Cockle who adds that the response has been particularly strong in Thailand, Poland, the US, the UK and France, with women tending to engage more than men.

“It’s about 70:30 [women to men] across the world but for some reason in the UK it’s much closer to 50:50,” he says. “[The audience tends to be] a bit younger and more globally distributed than our normal audience with a great response in Asia, which was one of the key aims of the campaign,” he adds.

Since its launch the campaign has been mentioned almost 580,000 times on Twitter, including high profile retweets from actors Jared Leto and Russell Crowe, as well as Formula One driver Jenson Button, which has helped extend its reach further.

The charity is now rolling out localised versions of the campaign to increase relevance. Cockle says: “We’ve got a couple of ideas that extend the campaign and we’ll continue using them across the rest of our activity where they’re appropriate to the subject.”

Being informal can boost engagement

Although this is WWF’s first major campaign using emojis the charity started using them less formally on Twitter last year and Cockle believes they make a real difference to open rates on newsletters too.

“Emojis have taken off over the last year across social media. They’re a way to add a fun extra layer to your conversations quickly and visually,” he adds, but he believes emojis work best when used to enhance other social media activity rather than being used exclusively.

Find out more: Emojis are now ad units and Coca-Cola is the first brand to use them

To mark #WorldEmojiDay Pepsi launched a campaign called ‘The Proposal’ which uses no dialogue; instead a man grabs his girlfriend’s attention through a restaurant window by holding up cards featuring emojis asking her to marry him.

The soft drink brand has also gone one step further and created its own #PepsiMoji keyboard, which it describes as “a nod to the importance of emojis in our everyday conversations worldwide”.

Pepsi isn’t the first brand to create its own emoji icons. Earlier this year Ikea launched a catalogue of branded emojis too, through which the retailer hopes to improve communication around the home by helping to keep the conversation “light and friendly”.

Jeroen Hubert, country marketing manager of Ikea Netherlands, which produced the app, says: “We wanted to create a modern solution for an old problem: tension between people about clutter in their homes… Emojis help to refine the message and make it more clear, but they also add a smile.”

In addition to various household items such as a vacuum cleaner, a house and a storage unit there is also a Swedish meatball emoji, an Allen key and an Ikea shopping bag.

Emojis can lighten the mood

In one light-hearted example illustrating how emojis can be used, Ikea shows a man texting a woman using the hoover and house icons to says thank you for vacuuming, and she responds with a picture of a bed and a heart alongside the caption ‘thanks for last night’.

“Of course emojis are not a replacement for personal conversation,” adds Hubert, “but if you want to send a message to your roommate about his shoes lying around, a message accompanied by an emoji can break the ice and make [life] at home easier.”

The app performed particularly well in the Netherlands, Spain, Austria and Slovakia, according to Hubert, who says it reached the top 10 downloads in each country, as well as the top 20 in Belgium, Sweden and Germany.

However, both Ikea and Pepsi’s apps have received mixed reviews on the App Store and Google Play in terms of usability.

Ikea doesn’t have any concrete plans to use emojis again at the moment but Hubert believes they “are a modern and fun way of communicating… [so] it is possible that we will use [them] again in one way or another” in the future.

The brand’s UK marketing boss Peter Wright told recently told Marketing Week that it is keen to widen its appeal beyond furniture and meatballs through the launch of smaller stores and pop-ups.

Using emojis doesn’t come without risk though as McDonald’s discovered to its detriment over the weekend when out-of-home activity for its ‘Good Times’ campaign was hijacked.

The fast-food chain created a series of ads featuring a line of emojis to tell a story of frustration, such as getting stuck in traffic or dropping your mobile down the toilet, followed by an image of McDonald’s and a smiley face.

But a graffiti artist in Bristol added a vomiting emoji to one poster, which sparked a number of other spoof versions of the ad online.

It’s not just marketers that have been drawn into the emoji craze. Search engine Bing now allows people to conduct searches using emojis, and the world of cyber security could soon be infiltrated as British company Intelligent Environments launched an emoji alternative to the traditional four-digit PIN code last month which it claims to be more secure as there are many more possible variations.

A picture is worth a thousand words, according to the proverb, so emojis could be a powerful way for brands to connect with consumers on a truly global scale, but the execution must be right.

Flipagram grew faster in 2014 than Facebook, Twitter, Instagram and Snapchat did in their first year on the market, hitting 33 million active users per month. Now the ‘visual story’ app is looking to hit one billion users a month, presenting an opportunity for UK brands to reach the millennial audience in the app’s third biggest market. 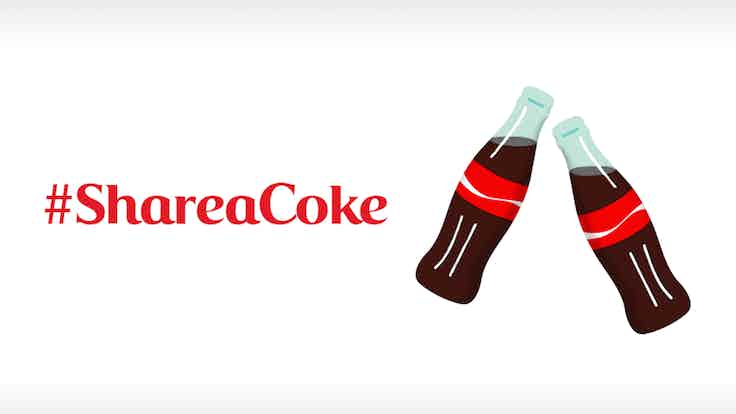