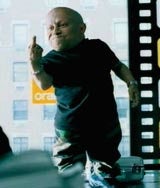 Is television a must-have on a media schedule? For Toyota GB commercial director Paul Philpott, TV no longer commands a permanent position on his media schedule (MW last week). In the Incorporated Society for British Advertisers’ (ISBA) Annual Report for 2005, Philpott explains his reasoning, saying that reach can be achieved without TV, and radio and press can be used for brand building. But what do other marketers think about TV as a communication medium?

Kimberly-Clark European media director Oliver Cleaver says: “TV is a like-to-have. We don’t think it’s as effective as it has been in the past, in the pre-digital age. It’s not a must-have. We can launch and develop brands without TV.” Like Philpott, Cleaver believes other media such as newspapers and posters provide reach, while magazines and radio are good for engagement. Nevertheless, he still believes that TV delivers fame and excitement for a brand in a way no other medium can.

“It all depends on what you are trying to achieve. For some communication objectives, TV is not a must-have on a media schedule.” says Motorola international vice-president of marketing Jeremy Dale. In fact, he argues that TV was never a must-have for all brands and all communications tasks: “When we launched Orange Wednesdays, we didn’t use TV for nine months, as cinema was the most appropriate place to talk about the initiative.” He adds: “During the course of year, TV is part of an annual schedule for big brands. It is still by far the most powerful medium to gain mass awareness in a short period of time.” But Dale warns that for many marketers, the weight given to TV in the media mix will decrease as viewing of advertising on mass-market channels is eroded with digital take-up and the effect of PVRs.

Britvic Soft Drinks category director Andrew Marsden says: “If you have a mass-market brand or you are trying to communicate with a target audience, then whether TV is a must-have is a matter of debate. Television on a cost-per-thousand basis is still relatively cheap. But what is coming into play is falling audiences on channels such as ITV1.” Due to the proliferation of media, considerations for marketers now include the number of times that an audience needs to be exposed to a message and making contact with the target audience when it is in the right frame of mind to be receptive to messages. With other media now available, such as SMS text-messaging, “TV is not always the most obvious choice,” says Marsden.

“TV is not necessarily a must-have for all businesses. There is more choice of media than ever before. Marketers are having to be smarter about understanding our customers and their lifestyles.” says Littlewoods marketing director Matthew Stead, who adds that fragmentation of communication channels is an issue, as well as environment.

Procter &amp; Gamble associate director of UK media Bernard Balderston says: “I think every advertiser has to make its own mind up about what is right for their target audience. What is right today is not necessarily right for tomorrow.” P&G is still “a committed television advertiser”, but the percentage of its advertising spend devoted to TV has decreased over the years to 80 per cent. “We spend less on TV than we have done in the past,” says Balderston. “What it will be like in a few years time will depend on consumers’ consumption of media.”