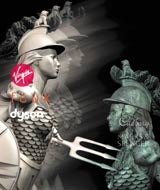 Perhaps more than ever, British identity is under scrutiny. The news that the British National Party won three council seats in Burnley in last week’s local elections follows last summer’s race riots and pronouncements from Home Secretary David Blunkett that people wanting to settle in the UK should take a test of citizenship. These issues are fuelling a debate on the meaning of what it is to be British and the true identity of the nation.

The Queen’s Golden Jubilee has put the relevance of the Royal Family in a modern democracy under the microscope, while the ongoing argument over the UK’s accession (or otherwise) to the euro also has a bearing on perceptions of “Britishness”, as does the reality of limited devolution for Wales, Scotland and Northern Ireland.

New research, conducted by independent brand consultant Corporate Edge in conjunction with Marketing Week, shows that among 20- to 30-year-olds – the decision makers of the future – the nation has “a highly confused self-image”, stuck in the past and in need of updating.

These people are reluctant to embrace the conventional, traditional definitions of “Britishness”, believing that the UK is bound together more by sport than by traditional symbols of nationality such as the Union Jack.

The research was compiled by Corporate Edge from an online poll of 1,000 people aged between 20 and 30, and augmented by information from eight focus groups. Participants were drawn from several ethnic groups and have held British citizenship for at least five years.

It’s alright for other people

When asked to describe their nationality, only 35 per cent of the group plump for the term “British”. Although 53 per cent of the group agree that the British sense of self identity (whether the British as a whole see themselves as British) is quite strong, the UK only came fifth – lower than Japan and the US – when ranked by strength of national identity against other countries.

The national identity therefore still has resonance, but perhaps it will have to better reflect modern attitudes and the ethnic origins of the population if more people are to think of themselves as British.

The establishment of the Scottish Parliament and the Welsh Assembly already appears to be defusing the reluctance of the young in Wales and Scotland to call themselves British, claims Corporate Edge deputy managing director Jonathan Hall.

The poll shows that 69 per cent of respondents believe that the British are known for their tolerance, but presumably their tolerance is limited – 56 per cent of the group disagreed with the statement that “the UK is proudly multi-ethnic”. There is also a strong feeling that newcomers should commit themselves to being British, suggesting that there is some support for Blunkett’s controversial proposals. Furthermore, 85 per cent of those polled believe new immigrants should learn to speak English. Hall believes that this is a purely pragmatic response: English is the language of business in the Western world and is seen as essential to improving material prospects.

The research also shows that there is a latent respect for the UK’s history and role on the world stage. Over half (52 per cent) of subjects describe the UK as a land of democracy and 60 per cent say the UK is a force for peace. However, the nation’s outward symbol – the Union Jack – provokes strong division. Nearly half of respondents to the poll felt proud when they saw the flag, but 27 per cent said they felt “nothing”.

As Hall points out, the Union Jack has been appropriated by a variety of fringe groups, such as the BNP and football hooligans, and as a result lacks positive connotations for many young people.

Corporate Edge’s findings suggest that any reworking of the national identity has to arise organically, rather than being imposed from above by “the Establishment” or the Government. Hall points out that the UK was developed as a political construct, driven by James I (James VI of Scotland) and subsequent monarchs.

He continues: “However, this top-down approach to nationhood loses its effectiveness as society becomes more democratic, class systems break down, wealth is redistributed and people become more educated.”

He adds that “consumers of the national brand” – the citizens or, in the UK’s case, subjects – no longer like being told what to do. This is evidenced by voter apathy (although last week’s local election turnout, at 35 per cent, was the highest since Labour came to power) and a growing tendency to question authority figures such as doctors, lawyers and accountants.

The failure of Labour’s efforts to get the “Cool Britannia” image off the ground shows the futility of trying to impose a national identity from above.

Hall says: “It failed because politicians who were mainly middle class, white and male tried to impose a sense of what was ‘cool’ about the UK. Inevitably, they got it wrong.”

In fact, those polled would rather have Billy Connolly (star of the new National Lottery campaign) or John Cleese as an ambassador for the UK than Tony Blair, although Prince William, an Establishment figure if ever there was one, topped the list by a long margin.

Spain, unlike the UK, uses a symbol – an abstract, Miro-esque “country of origin” emblem – for tourism and export initiatives. The symbol is distinguishable from the national flag and is designed to denote Spanish values and characteristics. Whether this particular route could be taken by the UK is open for debate.

Confusion over what unites the British is illustrated by the poll results. The majority response to the question about unifying factors was “sport”, a pastime common to all nations. This was followed by “the royal family” and then “tragedies and crises”. Suggested icons of nationhood ranged from Buckingham Palace and the Mini to the London Eye and curry. The parent brand of the Mini is Germany’s BMW, but this has had little effect on its perceived UK origin and values, which are seen to give the car a quirkiness and personality.

According to the research, the brand which best represents young people’s idea of the UK today is Marks &amp; Spencer. Cadbury’s and Virgin come second and third, followed by PG Tips, British Airways and Boots. When respondents in the poll were asked which brand they would like to represent the UK in the future, Virgin took top spot and Marks &amp; Spencer dropped to fourth. Entrepreneurial and inventive brands, such as FCUK, Dyson, Patrick Cox and Body Shop, all improved their ranking. Burberry is seen as a brand which, despite being in the “old” camp, has managed to stay relevant, embracing both heritage and a reinvention as a trendy fashion brand.

For brands, there is a danger in being associated too closely with the UK. It is important for marketers to remember that people in different countries may have very different perceptions of the UK’s national traits. It was for this reason that BT rebranded itself from British Telecom. BT head of design David Mercer explains: “British Telecom researched the appropriateness of its name in overseas markets. We found that there were problems with the name in certain parts of the world. Japan was a particular problem, where the name ‘British’ was understood to stand for ‘of the past’ and ‘colonial’, not ‘innovation’, ‘high technology’, ‘the future’ or ‘moving forward’.”

On the other hand, British Airways came a cropper when it removed the stylised Union Jack logo from its tailfins in the search for a global identity. Passengers, it turned out, actually wanted the reassuring British values of calmness, control and responsibility.

The use of nationality in branding remains a key issue for marketers, especially as a widespread reaction against globalisation throws up opportunities to capitalise on unique national characteristics.

Speaking at a recent seminar organised by the Walpole Group, which promotes leading British brands, WPP Group chief executive Sir Martin Sorrell said: “Consumers are actively seeking out brands with a genuine history and authenticity. Unfortunately, the nationality element is often the least controllable strand in a brand’s make-up.”

He said that national origin functions “as a shorthand for brand personality traits, on both rational and emotional levels”, adding that “authenticity is important and using nationality in an inauthentic way will mislead and ultimately disillusion the customer”. He cautioned that brands must be used and managed with extreme sensitivity and consideration in regard to how they will be received in local markets.

At the seminar, BA director of marketing and commercial development Martin George endorsed the value of British humour. He referred to BA’s latest American campaign, which plays on this by depicting British astronauts eating strawberries and watching cricket.

As BA has shown, brands can capitalise on British traits. Corporate Edge’s research shows that 91 per cent of respondents feel that the British have a good sense of humour. Fair play and creativity polled 84 per cent and 69 per cent respectively. Self-deprecation also appears to be a peculiarly British trait, with 81 per cent of respondents believing that the British are able to laugh at themselves. Hall suggests that this may indicate an inner confidence, born of a long national history.

Unsurprisingly, 77 per cent of respondents believe the British are heavy drinkers. Purveyors of perfumes, chocolates and lingerie may be saddened to note that the British do not consider themselves particularly sexy (only 45 per cent said they were) or romantic. The latter was the trait with the lowest rating, at 42 per cent.

Evolution, not revolution, seems the way forward for the forging of a new British identity – an idea very in keeping with the British character. The Spanish experience could provide a template for the future. Spain’s central government, regional governments, industry and citizens together drove forward a series of high-profile initiatives, including the World Expo in Seville, the Barcelona Olympics and the Guggenheim Museum in Bilbao. These have resulted in an increased national profile and a renewed sense of pride, in stark contrast with the UK’s Millennium Dome disaster and the failure, so far, to build a national stadium.

Healthcare and chemicals group Bayer has come under fire for the second time in two weeks about an ad campaign for its Alka XS Go pain relief tablets. The Abbott Mead Vickers.BBDO campaign has been attacked by The World Hindu Association for ridiculing the Hindu faith. The Advertising Standards Authority (ASA) upheld the complaint this […]

Engineering, aerospace and marine engines company Rolls-Royce has promoted the director of operations of its civil aerospace division, Stan Todd, to international director, with responsibility for all the company’s worldwide advertising and marketing. Todd takes over the responsibilities of two senior executives who are to retire. Group marketing director Richard Turner leaves after the company’s […]

Football fever should have well and truly kicked in around the marketing industry by now. David Beckham’s even appearing on the cover of Marie Claire this month, so you know things are hotting up. And by now all you media types should be gagging for a slice of the action yourself. But if you can’t […]