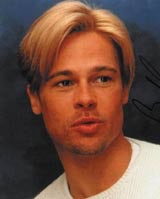 It must be the time of year for weird sponsorship offers. Hot on the heels of last week’s dinosaur story, the Diary has received another request to promote a sponsorship opportunity.

This time the NSPCC is seeking a sponsor for a celebrity chair auction event, called Chairish the Child, at which 40 chairs owned by celebrities will be sold off.

Highlights include chairs from Brad Pitt, Robert Redford, Lennox Lewis and JK Rowling. So for a modest amount of money you can plonk your arse where people far more talented than you have plonked theirs. And you’re helping children in the process.

The event, to be held at Christies in September, will be hosted by Joanna Lumley (does that make her the chairwoman?) and a celebrity male. Probably Chairemy Clarkson. Geddit?