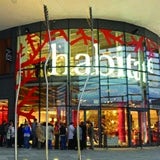 The rest of the Habitat business has been put in administration. The 30 UK stores not bought by Home Retail Group will continue to trade as normal until a buyer is found.

It is thought that about 700 jobs will be lost with only 150 of its 900 staff kept on. It is not known how many marketers are facing the axe.

Habitat, set up in the 60s by designer Terrence Conran, appointed former Best Buy marketing director Kevin Styles as CEO only last month. It is not yet known what will happen to his position.

Despite the sell off of most of its retail outlets, the Habitat brand continues to be valued by consumers. According to YouGov’s BrandIndex, Habitat is the highest ranking brand in the general retail category in terms of reputation, registering a score of +24.1 yesterday (23 June).

Home Retail Group’s Argos chain, by comparison, had a negative reputation score of -0.6, while Homebase ranked +9.4.

Habitat also has consistently high quality rating and registered a score of +26.2 yesterday.

Hilco, which bought the struggling chain in 2009, says the deal is part of a three-stage restructuring agreement designed to secure the future of the global Habitat business.

It is also in talks with a European business to buy the profitable European arm of the Habitat business. Details are expected to be confirmed in August.

Phil Wrigley, executive chairman of Habitat, says: “The sale of the brand and three flagship stores to Home Retail Group secures the future of Habitat and will enable the business to move forward in the UK with the benefit of the Group’s multi-channel strength.”

The group currently operates 27 stores in France, six in Spain and five in Germany as well as franchise operations in Belgium and Luxembourg.

Prior to the Hilco acquisition, Habitat had posted losses of €100m over three years. Hilco has since installed a new management team and reduced losses.