Argos is claiming a world first with the launch of an ambitious campaign that will see it run 80 time-stamped TV campaigns across 100 days as it looks to promote the breadth of products it sell and the fact it offers same-day delivery up until 6pm.

The campaign, created by CHI&Partners and running from 7 April, will see Argos run a series of unique 10-second spots aimed under the strapline ‘Want it, get it’ as part of its wider ‘Go Argos’ brand positioning. Each ad features a different product or range of products, from Nutribullets and Beats headphones to its homeware offering.

The TV campaign will be supported by digital advertising across Facebook, Twitter and YouTube. Search and VoD will also be synchronised to show products featured in the TV spots, as well as products that consumers are in the market to buy.

Speaking to Marketing Week, Argos’s brand director Dan Elton, says despite the scale of the campaign, investment is broadly similar to previous campaigns.

“[The campaign was] very efficient to produce so the investment was not significantly larger than for a normal brand campaigns. That is one of the things that sold it to me and the leadershp team. We get to go on TV for 100 days with 80 fresh executions actually with no substantial increase in cost. This is not a world first for the sake of being a world first. We genuinly think this is going to be more effective,” he explains. 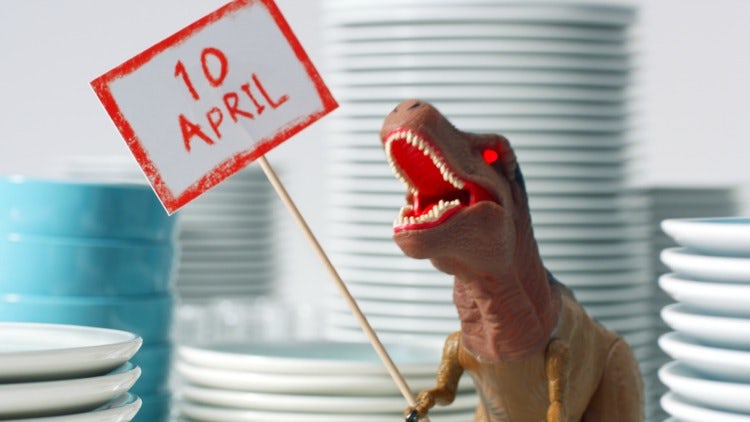 There is also some wiggle room on which execution will be shown when. For example, there are some weather-dependent spots for paddling pools and fans that will show when the thermostat hits 27 degrees.

Yet Elton says “retail instinct” was also important. “I am not going to pretend every product was picked based on a piece of insight. But that is the Argos brand in a nutshell; a combination of a data-led approach and then instinct. That is what’s great about the brand. Where possible we have substantiated with data but where can’t use that used our gut.

“We have no evidence to say its right to put out an ad featuring princess outfits and trampolines on Princess Charlotte’s birthday but we believe it will work.”

The campaign is the first conceived and executed since Argos was bought by Sainsbury’s six months ago and since Elton took over as acting marketing departure following the departure of Stephen Vowles.

Speaking at an event to launch the campaign last night (4 April), Argos’s CEO John Rogers says the job of “bringing the two businesses together” is going well so far, highlighting that sales in both its third and fourth quarters beat the market.

So far, it has opened 46 concessions in Sainsbury’s stores and Rogers says the brand is “very pleased with the results so far”. For the 10 stores open for more than a year, sales are up by double-digit figures year on year, while at those open for six months sales are between 15% and 20% “ahead of expectations”.

Sainsbury’s results for the Christmas quarter show it was carried by the success of Argos, where like-for-like sales were up 4%. Argos now gets 55% of its sales from online, with 30% of those coming from mobile, a key reason why Sainsbury’s bought the company.

Key for Argos is to talk up the digital transformation it has been on as it looks to invest in transitioning more of its stores to its digital model of ordering via tablets rather than pen and paper.

Elton explains: “We are taking more and more customers on that journey. Perceptions and empathy with the Argos brand are very different depending on consumers’ experience of the store and its service. It is about moving customers along that journey and getting customers to appreciate they can come to us more often for a wider range of products.”

In terms of combining the Argos and Sainsbury’s marketing teams, there is little appetite for full-scale integration due to the different nature of the brands both in terms of their positioning and media spend. While some teams across both brands are very integrated, such as media planning, others such as the creative teams are still separate.

However, there is likely to be a time in the future when there are more Argos concessions that it will make more sense to bring those creative teams closer together.

Retail and ecommerce is one of the categories at this year’s Marketing Week Masters of Marketing awards, taking place on 3 October. Entries are now open. To find out more visit www.festivalofmarketing.com/awards