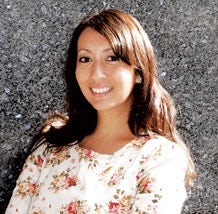 In an era where penny pinching has become the norm, the brands that cater to our new way of living will stay with us.

People are feeling good at the moment, and it’s easy to see why. Just this weekend, as someone cleverly summed up on Twitter, a girl married a prince and became a princess, and a bad guy was taken down, much like the plotline of a Disney movie. And we’ve had great weather to boot.

YouGov’s “Household Economic Activity Tracker” even goes as far as to claim that public optimism is at its highest level in 2011. While 40% of consumers expect their financial situations to get worse over the next year, this is down from 52% last month.

People might be feeling better, but they are still bracing themselves for continuing hard times. As shown in our trends feature out in the magazine this week, cutting back is now, and will continue to be, a way of life.

The survey, commissioned by agency RAPP, says that by 2014, the least wealthy households in the UK will be cutting back by around 4.6%, the middle 3.2% and the richest 6.5%.

We’ve already seen how brands have adapted in a range of ways. As the feature references, the likes of supermarket dine in deals and restaurant vouchers have become a regular part of our consumer landscape, and won’t be disappearing any time soon.

However there is a more interesting story around the new breed of brands emerging to fit more fixed budgets and the “manage and downgrade mentality” RAPP’s Gavin Hilton describes in the feature. LoveFilm is the first that springs to my mind – I am a member and rent two DVDS a month for £4. It’s how I compensate for not having a subscription TV service and for reducing the amount I go to the cinema.

I have also just joined the new Fitness 4 Less gym chain that has been springing up around the UK. I have always used price as an excuse to avoid going to the gym but at £15 a month I can’t any more. Granted, they don’t offer the fluffy towels or luxurious saunas of more glamorous gym chains, and their brand colouring is slightly reminiscent of easyJet, but for someone who wants to be healthy while not spending much this is ideal.

The most interesting part of the RAPP study is the concept of “experience rather than ownership becoming key”, pointing to the boom in the rental market for just about anything. Already you can’t go down the street in London without someone riding a Boris/Barclays rental bike. At a cost of £45 a year or £3 a month, it is more manageable than the cost of a brand new bicycle.

RAPP’s Hilton gives the example of the Streetcar rental service, and MiniLodgers which rents out baby clothes.

Trendwatching.com identifies the “ownerless” society as a key trend for 2011. It says: “traditional ownership implies a certain level of responsibility, cost and commitment. Consumers looking for convenience and collecting as many experiences as possible want none of these things. Fractional ownership offers the possibility of perpetual upgrades… and to access otherwise out-of-reach luxuries.”

Its examples include clothing share programmes such as Closet Infinite, where members put up clothes for sharing and in turn can share other members’ clothes. Designer handbag and dress rental sites have become plentiful, such as Girl Meets Dress. The site Rent Not Buy lets you rent anything from pasta making machines to digital cameras.

The website Our Future Planet even refers to this new trend as “collaborative consumption”.

This may not sound appealing to brands. Transient customers will become permanent, as they seek to make their money go further.

But if this is what they want, someone’s got to deliver it, and those who do, will do well out of it.