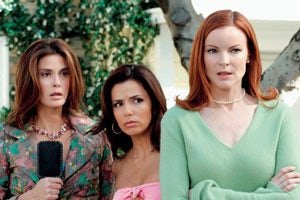 There was a time when the characters in ad campaigns were as much talked about as the stars of television soaps. Not any more. At least not according to BMRB’s GB TGI survey, which reports a steep decline in the number of people rating the entertainment value of advertising on a par with that of programmes.

Waning interest in advertising comes at a tricky time for brands, coinciding as it does with the splintering of channels and the arrival of technologies that allow bored viewers to skip commercial breaks. But all is not lost in the cat and mouse game for consumers’ attention. As audiences become harder to pin down, marketers are fighting back by paying media owners to weave brands into the fantasy worlds projected through screen-based entertainment.

Comes at a cost
The monetary value of paid product placement, estimated by media analysts PQ Media at $3.4bn (£1.7bn) worldwide, is modest. But the market is growing fast, at about 30% a year, and should receive a boost when EU rules permitting product placement in television programming take effect sometime between now and late 2009.

As things stand, UK broadcasters are debarred from accepting paid-for placements. Under the new regime, the Government can stick with the status quo or, as many broadcasters urge, allow product placement subject to safeguards.

Whether or not the ban is lifted, product placement is a force to be reckoned with. Imported shows, such as Desperate Housewives and Friends, bring brands into British living rooms from the US, where product placement is widespread. In the UK, meanwhile, advertisers are promoting products through unregulated media such as video games and online networks. Another hotspot is the film industry, which provides cinematic showcases for well-known brands – Casino Royale, for example, had major tie-ups with Omega watches, Sony Ericsson and Ford. 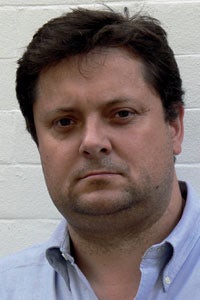 Proof of the placement
A growth in product placement will create a demand for market research. Before investing seriously European advertisers will want proof that product placement boosts sales. And broadcasters, for their part, will want to know what audiences consider acceptable before taking the coin of commercial brands. “If it in any way looks as if the character wouldn’t be using the product, the placement is going to feel awkward,” says John Nolan head of N.One, the commercial and digital division of North One Television.

Debates over product placement are highly charged, because they touch on issues of fundamental principle. In the UK, special interest groups such as the Campaign for Press and Broadcasting Freedom argue passionately that placement foists advertising on consumers and distorts editorial agendas. Free marketers argue that, on the contrary, asking for a pint of Foster’s in a bar scene is more realistic than asking for a pint of lager and makes entertainment more believable. But what do viewers think?

To test the reactions of UK consumers, the communications planning and implementation agency Mediaedge:cia worked with a Canadian broadcaster to produce © multiple versions of an entertainment news show containing four test brands. The brands were “placed” on set, “integrated” into the dialogue or action, advertised in the break or, as a control, not promoted at all. When asked about their enjoyment of the show, and their perceptions of the brands, viewers exposed to the placed and integrated products gave slightly higher scores than those in the control group and those who saw the advertising alone. However, these positive effects were less pronounced for more overt promotions where the product was used conspicuously or mentioned by name.

Too much of a good thing
Based on these findings the authors concluded that while prominent mentions can get brands noticed, this isn’t necessarily the best way to improve a brand’s image since viewers can be turned off by brands that push placement too far. This highlights the importance of evaluating not only the impact on brand awareness, but how product placement affects brand reputation.

Mistakes made in the US may contain lessons for European marketers developing evaluation models for product placement. Alan Gould, chief executive of IAG Research, a US market research company, advises businesses to beware vendors peddling “magic formulas” that assign values to metrics such as how long the brand appeared on screen and whether it got a verbal mention or was merely displayed.

One reason why simplistic models perform badly is because the mechanisms of product placement are complex. Part of this has to do with the tension between the advertiser’s desire to stand out as much as possible versus what Mediaedge calls the turn-off effect of placements that are too blatant. Another consideration is the medium’s unpredictability. In conventional advertising, brand owners dictate how their brands are presented; but with product © placement, editorial decisions that the advertiser may not – and many consumers would argue should not – control, can profoundly affect how the brand comes across.

As an illustration, Gould cites an American teen serial, Smallville, which featured a female character using Johnson & Johnson’s Acuvue contact lenses. Shortly after the scene containing the brand, the woman killed another character.

Technically the placement passed all the tests with flying colours. But, says Gould, “the folks at J&J were wildly concerned that the incident had damaged their brand.” As it turns out, he adds, the brand appeared not to suffer, but had the audience been older, and the show less tongue-in-cheek, there might have been problems.

Through viewers’ eyes
To understand what works and what does not, IAG tracks what people think of brands featured in product placements. Run daily, the surveys focus on what viewers recall about different exposures; whether they interfered with people’s enjoyment of the show and, ultimately, how they affected their likelihood of buying the brand.

From the client’s perspective, tracking surveys of this nature, which resemble approaches used by UK companies to track conventional advertising, have the attraction of generating lots of customer feedback that can be analysed statistically, allowing the performance of media and media combinations to be compared over time. “We can model the efficiency of the company’s expenditure on different channels,” says Nick Bull, commercial director at Millward Brown, one of the UK’s leaders in the sector. “That really is the holy grail for clients.”

Bull’s confidence that customer feedback is reliable enough to be modelled statistically is not shared by everyone. One concern is that channel proliferation makes it increasingly hard for people to recall accurately where and when they saw a placement. “In the early days, when tracking covered a few TV stations, some press and a little radio, measuring what people had seen and modelling how this related to sales was straightforward,” says Ray Poynter, a director at Virtual Surveys. “Today there are just too many places where people might have seen brands promoted.”

But if existing research models are straining at the seams, what are the alternatives? One possibility, says Poynter, may be to eavesdrop on the online chatter surrounding product placements. “If placements have had an impact, people should be talking about them and this should be detectable by automated search tools.” But tuning in to online discussions, revealing though it may be, has its limitations, not least of which is the assumption, challenged by neuroscience, that advertising must cause a buzz to be influential.

Levels of attraction
Duckfoot Research director Alastair Goode, a psychologist by background, makes the point that creative marketing can shape people’s gut reactions to brands, without being explicitly recalled. To tease out this effect, which has been experimentally demonstrated for advertising, and which he suspects will work as powerfully, if not more, for product placement, Goode has planned some psychological experiments.

To take a simple example, a group of consumers might be © shown a programme depicting a brand in a glamorous setting. Afterwards, the group would be asked to perform mental exercises, such as word pairing, designed to test for implicit mental attitudes.

If the placement had left an impression, even subconsciously, the group that has watched the programme should pair the brand with positive words more readily than respondents in the control group.

Marketers may argue about the role of sub-conscious experience in conditioning our reactions to brands. What nobody disputes, however, is that product placements must be viewed, however fleetingly, to leave a mental footprint.

Catriona Campbell, a director at Foviance, a customer experience consultancy, uses eye-tracking technology located in tiny screen-mounted cameras to track the gaze trails of participants in video-games and virtual worlds such as Second Life. Among her clients are businesses such as the travel company STA which use eye-tracking to find out whether computer-generated branded content is catching people’s attention. By the same token, Campbell says, brands could use gaze trails to test whether viewers were looking at products in television programming, and for precisely how many seconds. “It would allow you to test where on a table to position a box of tea-bags in Coronation Street.”

Story tellers
Semioticians have product placement in their sights too. “Brands, such as television dramas, tell cultural stories through which people explore identity,” says Alex Gordon, founder of Sign Salad. Semiotics, he adds, can help brands ally themselves to TV characters whose stories extend their own.